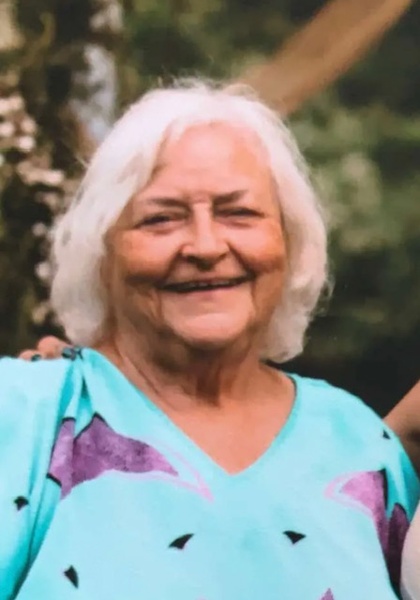 On April 5-6 a very sad but beautiful event happened to our mother. She had fallen again. All of our family members were able to love her and say our goodbyes. How amazing it is to know her offspring will flourish and be at peace with her wishes.

She later moved to Odessa, Texas; Forth Worth, Texas (where Bob was born in 1964, then Becky and Ronnie); Casper, WY (where Cathy was born); Edmonton, Alberta; then back to Casper, WY where she lived the rest of her life raising four children.

She was the glue that kept the family together. She was always available to anyone, or any pet who needed her. A very generous woman, even after her passing as an organ donor, helping very many people.

She was a cub scout and Brownie leader in Odessa and when the kids were in school, she did Tri-Chem paint classes for adults.

Gayla was loyal to her family and faith. It didn’t matter what day, or time, or family member, if you called her for anything she would be there no questions asked.

Becky remembers that she mumbled under her breath all the time and all she could think was, “Thank goodness she’s not mumbling about me!”

When we were teens, our house was the safe place. All our friends were at our house.

She would sign out some of the children in the boys’ home that was located on the hill by Highland Cemetery, so they could get out on passes. She told me they were good kids and deserved to be free.

She wanted to be a nurse but became a mom in 1964. She babysat in Casper until the 70’s. Afterwards she and Cece started Fox-Anderson in the 80’s. She worked hard at and co-owned the fire and water damage restoration company after there was a fire at her own house. Fox-Anderson was one of the first all-women business in Casper.

After the kids became adults, she went back to college and got her nursing degree. She worked at the Wyoming Medical Center in transitional care, and rehabilitation, specializing in spinal cord injuries.

She was the head nurse in the Transitional Care ward until it closed. Then she was a head nurse at Wyoming Medical Center until she retired.

You could talk with her about anything, and she would keep the conversation in confidence with a kind and listening ear.

Krista remembers, “She always had the wettest kisses and was the most unjudgmental listener a person could talk to.”

She nurtured and groomed all the plants at the First United Methodist Church and was involved in many lives and activities there.

She was preceded in death by her parents, Walter Ray Fletcher and Iris Mildred Fletcher, and a sister Reta Sue Fletcher. Gayla was the first survivor of eight previous pregnancies. She was meant to live, and flourish, and populate, to care for others, and make it to be a great grandmother!

Thank you for sharing in our love and appreciation for mom.

To order memorial trees or send flowers to the family in memory of Gayla Fox, please visit our flower store.