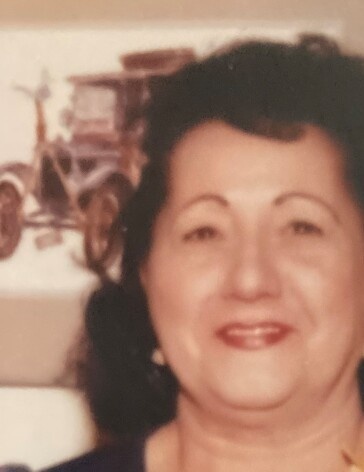 Georgena Mamie Wendling, 100, of Casper, Wyoming passed away on Thursday August 12, 2021, at Shepherd of the Valley Care Center. Georgena was born to Nicklaus Joseph Denning and Barbara Weigel on July 14, 1921, in Hays, Kansas. Georgena married Albert Wendling in 1937 and went on to have three surviving children: Albert “Sonny” Wendling Jr., Timothy Everett Wendling, and Kenneth John Nicklaus Wendling. Georgena was an Avon lady for 41 years in the Casper area, only stopping her route at the age of 92. Her customers might fondly remember Georgena for her jet-black hair and face-full of makeup. She was a spunky delight to all who knew her. Georgena is survived by her sons: Albert “Sonny” Wendling, Tim (Caroline) Wendling, and Ken (LaDonna) Wendling; five Grandchildren: Debbie (Mike) Dewell, Carla Kirby, Nick (Susan) Wendling, Nicole (Jason) Sponsler, and Sabrina (Eddie) Wendling-Lynch; ten Great-Grandchildren; and numerous Great-Great-Grandchildren. She is preceded in death by her husband Albert Sr., all but one sibling (Rita), and her daughter-in-law (Barbara Wendling). Funeral service will be held at Saint Patrick’s Church on Country Club Road on August 24th at 1:00pm with Father Gary officiating the service. There is a viewing between 4:00-6:00pm on August 23rd at Bustards Funeral Home. The family wishes to extend their gratitude to all staff at Shephard of the Valley Care Home. Memorial donations can be made to Wyoming Rescue Mission, P.O. Box 2030, Casper WY 82602.

To order memorial trees or send flowers to the family in memory of Georgena Wendling, please visit our flower store.