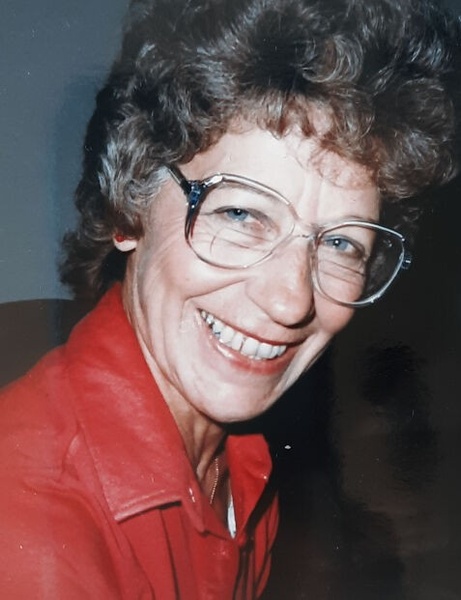 Georgia Ann Pappas Fordyce, 91, of Casper Wyoming passed away on March 30th 2021, in Casper.  Georgia was born on May 8th, 1929, in Wendover Wyoming to Louis and Llynllwan Pappas.  Her father opened restaurants and worked for the railroad so Georgia lived in various places in Wyoming including Douglas where she graduated from high school.  She eventually made her home in Casper.

Georgia worked at various jobs throughout her life but her most enjoyed job was at the Title Department.  Georgia took up golf with her husband Lloyd and enjoyed many days at the golf course.  They owned a home in Phoenix they loved to winter at up until Lloyd passed.  Georgia also enjoyed needlepoint, walking her dog Bear, reading and spending time with her children, grandchildren and great grandchildren.

Georgia is survived by her daughters Debbie, Vickie, Kodi, son Gary and her grandchildren Jennifer, Melanie, Tanya and Tammy.  After her daughter Susan passed she took in her two grandsons Justin and Spiros and became like a mom to them.  Georgia is also survived by 11 great grandchildren.  Georgia was preceded in death by her husband Lloyd, daughter Susan, sister Shirley Baker and grandson Aaron.

Funeral services will be held at bustards on April 10th at 2pm with Pastor Quin officiating.  Memorial donations may be made to Casper Humane Society (849 E. E St. Casper WY, 82601) in lieu of flowers.  A reception will be held at Georgia’s house following the service.

To order memorial trees or send flowers to the family in memory of Georgia Fordyce, please visit our flower store.