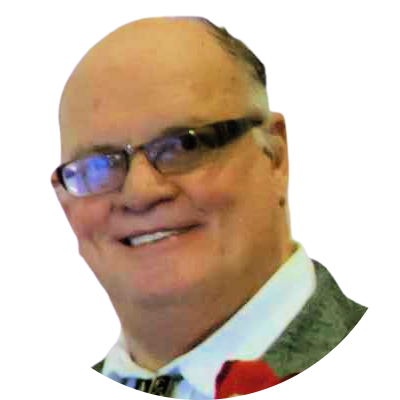 Harold G. Ellingson, 73, became a guardian angel on June 28, 2022, at Hospice and Transitions on Fenway St, which shared the same street name as the home he shared with late wife and son for 28 years. He was born on May 13th, 1949, in Ray, North Dakota to is father and mother Oliver Harold Ellingson and Sophie Ellingson (Chanchuck).

Harold graduated from Miss Farmer’s School of Cookery in Boston, Massachusetts on May 10, 1974. He then received a job offer at the Fay Club in Fitchburg, MA where he worked and ran the gourmet kitchen and became an executive chef for over 10 years. While living in Massachusetts he then met and married the love of his life Margit Ellingson (Mannine) on July 23rd, 1978. Then eight years later they were blessed with a son Eric G. Ellingson-Avis, when Eric was two Harold moved to Casper, Wy to work at the Casper Petroleum Club, which is now known as Gruner Bros Brewery.

A service of remembrance will be held 2p.m. Wednesday July 6th, 2022, at Bustard and Jacoby Funerals, Cremation, Monuments & Receptions, 600 CY Ave Casper, Wy 82601. Those able to join are welcome, and for those that would like to attend remotely, contact Bustard and Jacoby.

Harold was the oldest son to Oliver and Sophie Ellingson, with two older sisters, Judith and Shirley, two younger brothers, Steve and Michael, and a younger sister, Dawn. He started his culinary journey cooking for logging camps at a young age.  He then decided to go to professional cooking school where he learned to hone is trade into something incredible.  It was then that he met the absolute love of his life, Margit Mannine.  While running the kitchen full time at the Fay Club in Fitchberg, Mass, he was able to bring his cooking prowess to life.  After a long residency at the Fay Club, and with a new baby in tow, the Ellingsons decided to head west with an opportunity to run the kitchen at the Petroleum Club in Casper, WY.  It was there that Harold would settle down, raise his son, Eric, mourn the passing of his wife, Margit, and cook up a storm for the rest of his life.  Harold retired from professional cooking in 2000, but never stopped coming up with amazing dishes at home. His son, Eric, married the love of his life, Jackie Willoughby, and the two blessed Harold with three grandchildren by 2013. Harold was able to live out the rest of his days in Casper, WY, surrounded by the people he truly loved.  He will be sorely missed.

To order memorial trees or send flowers to the family in memory of Harold Glen Ellingson, please visit our flower store.