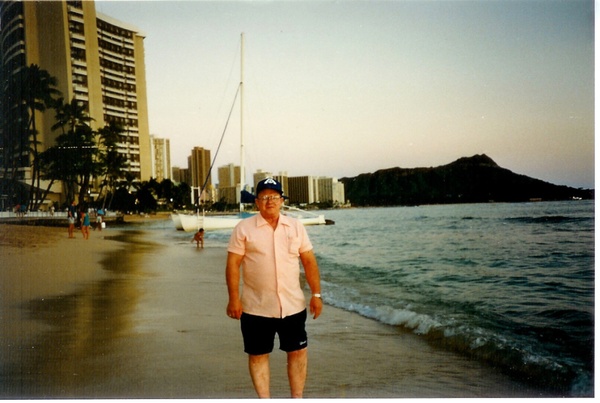 Riley passed away at Central Wyoming Hospice  on October 14, 2020.

He was born in Drumright, Oklahoma on July 29, 1930 to Melissa (Rochelle) and Wilbern Riley Lay.  He and his parents moved to Wyoming when he was a child.  He played football and basketball at Sunrise High School.  During summer vacation, he worked at an iron ore mine in that area.  He graduated from Sunrise High School in 1948.

He then moved to Casper.  He started working at the Texaco Refinery in 1951.  He entered the Marine Corps in 1952.  After he left the Corps, he returned to the Refinery.  He worked there until the Refinery closed in 1982.  After that, he worked for the Westridge Bakery, Albertsons west, and the City of Casper.

He loved to watch football,  western movies,  the Lawrence Welk Show, and visit friends at Albertsons west.  He was a very loyal and sociable person.

He is survived by his wife Bette Jo; son, Brett; nephews Bob and Jay Weyland and Steven Garton; and cousin Jack Lay.

Riley will be entombed at Oregon Trail State Veterans Cemetery in Evansville.  Services are not planned at this time.

To order memorial trees or send flowers to the family in memory of Henry Lay, please visit our flower store.