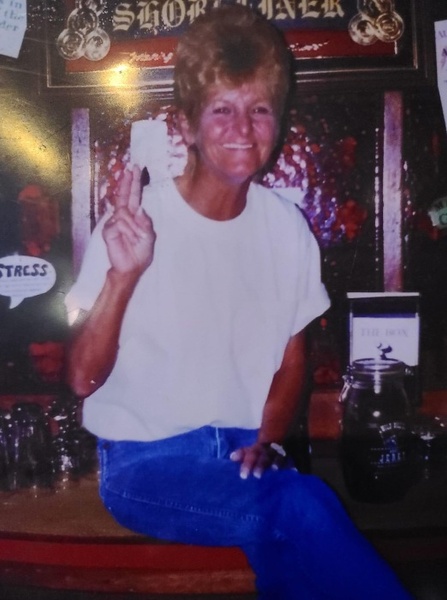 Holly Anne Norgard (Ecklund), 79, of Casper, WY went to Heaven on February 26, 2022 peacefully at her home with her loved ones around her.

Holly was born in Kansas City, Mo. to Leslie and Dorothy Ecklund on January 5, 1943.

Holly attended Shawnee Mission North High School. She was one of five siblings and was very close with her family. Holly moved to Wyoming and worked for Texaco Trading Company and Gibson’s.

Holly and her son Kevin own the Shoreliner Bar and Grill in Glenrock, WY. She was a true business woman and she enjoyed getting to know all the customers, many of them became close friends and family to her. Holly was the kind of person to make everyone smile. She gave everyone grace and you would leave her knowing you were a better person just by talking to her. Holly was willing to give advice to whoever needed it and had a way to make everyone feel better. Once a month Holly would belly up to the bar and do a apple pucker shot with her friends. She would go to the Shoreliner to work in the office and after she was finished with business you would most likely find her playing on one of the skill machines. Holly enjoyed the simple things in life; watching game shows, working on word search puzzles, drinking RC Cola, getting her nails done and pedicures. Family was her biggest passion and enjoyed being with her kids, grandkids and great grandkids.

To order memorial trees or send flowers to the family in memory of Holly Norgard, please visit our flower store.