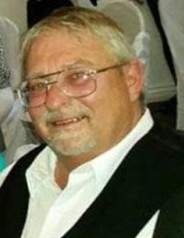 Ira Carl Ernst of Casper, Wyoming, was called to his Heavenly Home by his Savior the evening of his 66th birthday after a short illness.

Ira was born November 23, 1955, to Eddie Ray and Glenna Josephine (Christensen) Ernst in Salt Lake City, Utah. The family moved in 1961 to Hazelton, Idaho, where Ira learned to hunt, fish, and work the family farm. After 10 years in Idaho, the family moved again in 1971, to Torrington, Wyoming. Ira graduated from high school in Torrington in 1974.

His entrepreneurial spirit carried him through many careers over the years. Uranium mines, general contracting, mud logging, driving a fuel truck and a vac truck, farming, raising bison and car sales.

He was a devoted and loving husband to his wife, Sandy (Neumann) Goodman whom he married May 5th, 1984, in Casper. They were introduced by a mutual friend in Torrington, where he played bass guitar in a rock and roll band, High Country.

In addition to music, hunting, fishing, and traveling, Ira’s interests expanded to include gold mining at South Pass. He was a highly skilled and successful hunter, angler, and sportsman his entire life. His adventures took him all over the Bighorn Mountains, Sunlight Basin, the Jackson/Dubois area, Flaming Gorge, and the prairies of Wyoming, where he bagged trophy elk, deer and antelope as well as caught extraordinary fish. His zest for adventure and seeking a challenging hunt even took him to Alaska where he bagged a bear.

Ira later returned to Alaska with Sandy for a tour of the Kenai Peninsula and to fish for halibut, rock fish and salmon in Homer, Alaska. Their adventure took them as far as Fairbanks and North Pole, Alaska. He and Sandy also visited Canada for even more fishing and a stay at Vancouver Island.

Ira is predeceased by his parents and several uncles and aunts.

If you would like to honor his memory, please think of him when you see the wildlife of the world, go fishing, or enjoy a good cigar.

To order memorial trees or send flowers to the family in memory of Ira Ernst, please visit our flower store.