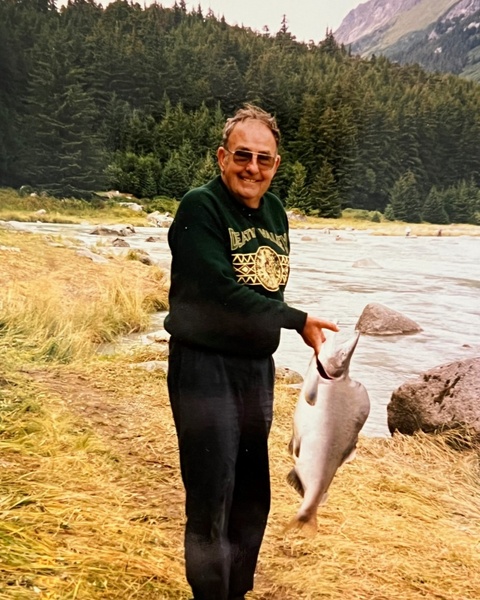 JACK LEROY SCHWARTZKOPF, AGE 89, OF CASPER WYOMING , passed away on October 4, 2022 at Shepherd of the Valley Rehabilitation Center.

Jack was born in Casper Wyoming to Jacob and Dolma Schwartzkopf on July 31, 1933. He attended NCHS and joined the Navy in 1950 and was honorably discharged in 1954. Jack married Shirley June Maynard on July 11, 1955. He worked for the Casper Fire Department for 22 years. He owned and operated Oil Capital Tree Service for 38 years and also owned and operated Ideal Lawn Mower Shop. They spent their summers at the Casper Water Ski Club and wintered in Yuma, Arizona and later in Lake Havasu, Arizona and traveled extensively. He was active in the Casper College T-bird Booster Club as a member and a bus driver. He was an avid fisherman and hunter. He was also a member of the Casper Elks Club. He enjoyed gambling anywhere they could find a casino.

Preceded in Death by his parents, his wife Shirley, sister Judy, brother Larry and several other family members.

Jack received extraordinary care and love at Shepherd of the Valley Rehabilitation Center. As a family we would like to send all of the staff a very special thank you and a thousand hugs.

Memorial contributions in his memory may be made to Casper Firefighters Local 904 Benevolent Fund, P.O. Box 1603, Casper, WY 82602.

Services will be held at 2:00 PM on Friday October 14, 2022, at Bustards Funeral Home with a reception to follow at the Casper Elks Club.

To order memorial trees or send flowers to the family in memory of Jack Leroy Schwartzkopf, please visit our flower store.