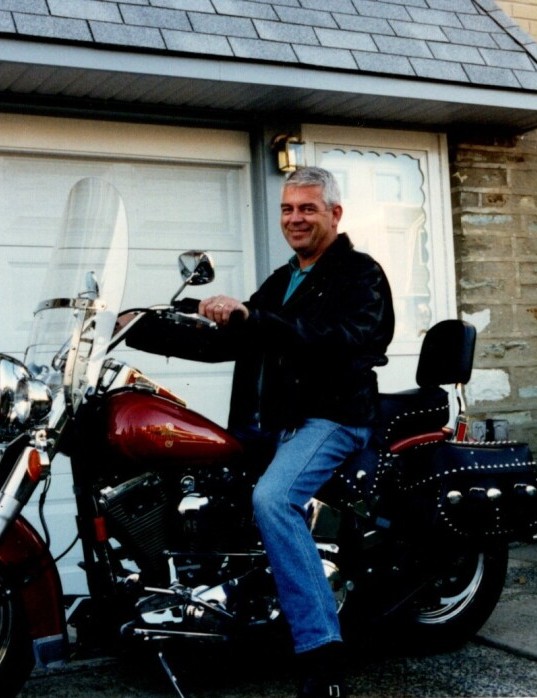 Jim Hargraves passed away at the age of 74 on Wednesday, September 30, from complications of Parkinson’s disease.  Jim was born in Philadelphia, PA on December 12, to James and Helen (Mettin) Hargraves.  He was the oldest of four children.  He graduated from Northeast High School in Philadelphia in 1963.  He joined the U.S. Army in 1964 and was honorably discharged in 1967.  On December 24, 1965, he married Laureen Epp.  They had four children, Maureen, James, Carolyn and Jerry.

In 1968, Jim graduated from the Philadelphia Police Academy and was employed by Middletown township police department in Bucks County, PA.  In 1975, the family relocated to Casper, Wyoming where Jim worked as a police officer until 1986.

Jim married Sharon Campbell in 1988 and they made their home in Philadelphia.  They were both employed at the Internal Revenue Service Center until they retired in 2005.  In 2007, they moved back to Casper to be closer to family.  When his eye sight failed, he sold his Harley Davidson and replaced it with a 1995 Corvette convertible.  He was  a member of the Harley Davidson Owner’s Group, Central Wyoming Corvette Club, Train Collector’s Association and Kentucky Rifle Association.

He was preceded in death by his parents and one sister Edith Rollings.

Services will be held on Tuesday, October 13 at 11:00 a.m. at the Veteran’s cemetary.  Masks are suggested, but not required.  In lieu of flowers, donations in his name to Central Wyoming Hospice and Transitions, 319 South Wilson St., Casper, WY 82601 would be appreciated.

The family would like to express their sincere thanks to the staff at Meadow Wind and Central Wyoming Hospice for the excellent care he was given.

To order memorial trees or send flowers to the family in memory of James Hargraves, please visit our flower store.