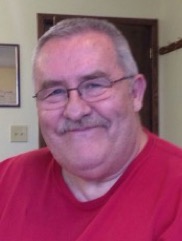 Jim began his time here on December 27th, 1946 in the booming metropolis of Casper, Wyoming. He joined the James Elmer & Marjorie Frances Jackson Family as their only child.

When he was just a wee lad – he won the Most Beautiful Baby of Casper contest! His youth was spent enjoying his friends the way kids in that era did – by just being outside and making your own fun. He liked to tell of the times he and his friends would use an old coffee can over a small fire they built to cook some slices of bacon which was enjoyed with fresh tomatoes out in their garden. His father drove truck for Walter Schulte Distributing – which occupied the current Racca’s location – delivering foods, candy, beverages and other things. Jim would travel with his dad (and Mom) during the summer in a semi-truck to deliver these goods around the state of Wyoming. He was often “paid” with food from great diners they delivered to. He especially remembers the plate sized pancakes and delicious grilled burgers with all the fixins’. He also really enjoyed the hunting camps with his family and Uncle Carl Jackson. Fishing trips to local lakes were also special memories. He was a good student (when he wanted to be) at NCHS. He enjoyed reminiscing about the times he and his friends would spend together in the summer. He had a job at the drive-in theater during the summers.

After high school Jim joined the Navy where he served as a radioman. He loved the travel and friendships made. He was proud of this service to his country.

Jim married the love of his life Marcia in June of 1969. She definitely made life interesting for him as anyone who knew her will attest to. They were blessed with a baby girl – Stephanie -in 1971.

Following the navy – he worked as a Welder here in Casper. Later in his career – he excelled in oil and gas sales. Some of the places he worked were Power Service, Compression Leasing, Compressor Pump & Engine, Kinder Morgan and High-Country Fabrication. Many friendships were made throughout his travels. Jim loved meeting new people – and his welcoming smile and sparkling eyes would light up a room.

Jim and Marcia cared for many foster children through the years (more than 50). This was not an easy task – but certainly a help to many over the years. As a result of them opening their home – the family was blessed with Zack (1980) and Scott (1991). Both of them are still a part of the family today.

Jim and his daughter Stephanie were close and loved spending time playing games (Apples to Apples) and watching Hallmark movies. Zack and he enjoyed restaurant sampling, and trips with 307 Jeep Adventures. Jim believed his son-in-law John was a fount of knowledge (which is true) and loved him like a son. He also took great pride in his grandchildren – Matthew (20) and Emily (17). They loved spending time with him whether that meant fishing, four-wheeling, tv and movie watching, gossiping with Emily or shooting guns with Matt.

Jim was proceeded in death by his lovely bride Marcia in 2017.

In closing – Jim often used the quote “Don’t let a lack of planning on your part constitute an emergency on mine”. So please plan to enjoy every day to the fullest with those you love!

To order memorial trees or send flowers to the family in memory of James "Jim" Jackson, please visit our flower store.