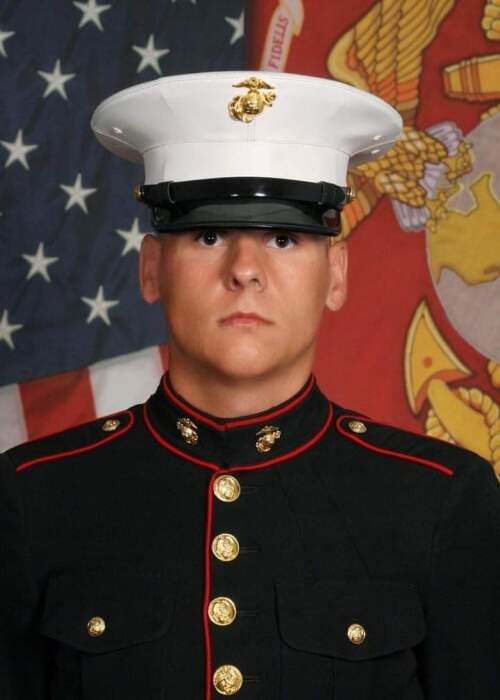 Jerrod was born in Mason City, Iowa. On June 25th 2001. Jerrod and his family moved to Casper, Wyoming. December 31st 2005. Jerrod went to North Casper (now Lincoln) Elementary followed by Centennial Middle School and Graduated from Kelly Walsh High School in 2019. Jerrod loved to play hockey along with his passion for playing football through his high school years and also becoming a member of the team that won the first State Championship in wrestling with the Kelly Walsh Trojans. Jerrod Joined the United States Marines on February 10th 2020 to fulfill his calling to serve his Country. Jerrod had been swiftly promoted to the rank of Lance Corporal through merit in the Marines. Jerrod was serving as a LCpl at the time of his death. Jerrod was a Mortar Man and loved doing his job, even training others in the craft.  He recently got back from deployment from the Middle East.  Jerrod loved sports, he loved working for the Casper Coyotes and had recently started to enjoy MMA and was planning on pursuing further training in MMA. Most of all Jerrod loved doing anything with his family or his beloved brothers and sisters.  After fulfilling his commitment to the United States Marines Jerrod had planned to further is education through college and pursue a career in law enforcement while continuing to serve with the Wyoming Air National guard with one of his beloved brothers.

Memorial donations may be made to the Jerrod L Warden Kelly Walsh Wrestling Scholarship Fund, which will be established at a later date.

To order memorial trees or send flowers to the family in memory of Jerrod Warden, please visit our flower store.