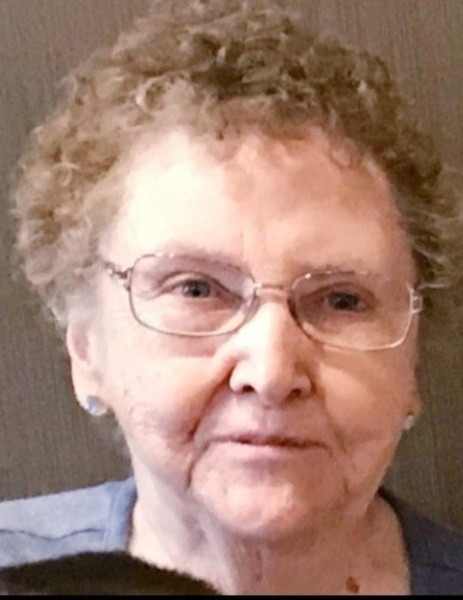 Theda JoAnn (Hanks) George left her family March 03, 2021 at the age of 86.
JoAnn as we all knew her, was born April 16, 1934 at her family home. She was welcomed home by sister Fern Louise and later joined by Marsha Kay.


JoAnn meet who would be the love of her life at the age of 5 years through her best friend Bonnie Marie George. She later married Bonnie’s brother Robert Wayne George April 22, 1951. To this union were three children, Michael Wayne, Ronald “Tuffy” and Patricia Ann.

JoAnn spent her younger years taking care of the home, and raising her three children while helping her mom with her Cafe.
She enjoyed traveling, many trips to Wyoming to spend time with family, and camping. When her children got older she started work at the Ringgold County Hospital as a Nurses Aid, while studying to become an LPN. Receiving her degree in 1973, graduating top of her class. She continued working there until health reasons forced her to retire in 1994. She loved her job as a nurse and working in Delivery and Nursery made her the happiest.

Anyone who met her would tell you she was gracious and had one of the kindest heart. With all her grief she endured still stayed strong and forgiving to all.

After retirement she and her husband remained in Kellerton until 2011, when they moved to Wyoming to be closer to family.

JoAnn loved her family, they were everything to her, she loved the great grand babies and was able to be in on a few deliveries. She talked about how much things had changed from the days she worked delivery. She was given the honorary name “Grandma Cookie” by those great grand babies.

She is survived by her daughter Patricia and Husband Mike, sister-in-law Bonnie Brown, 5 granddaughters and 3 grandsons, 16 great grand children, many nieces and nephews, and many great friends that will miss her dearly.

Services are being planned at a later date in Kellerton, Iowa.

To order memorial trees or send flowers to the family in memory of JoAnn George, please visit our flower store.