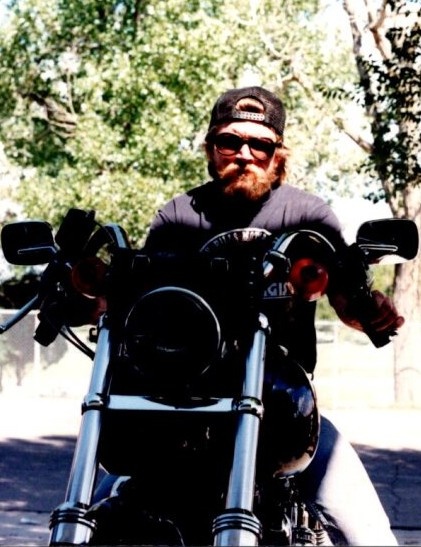 John Leslie Baskett, 64, of Casper Wyoming, passed away on September 1st, 2020, after a long and courageous battle with pancreatic cancer.

John was born in Topeka Kansas to John and Shirley Baskett on September 23rd, 1955.  Growing up, John lived in a number of places including; Kansas, South Dakota, Pennsylvania, the Bahamas, Oregon, Colorado and finally Wyoming.  John’s very first job was in the Bahamas, working for Freeport Construction company with their concrete crew, when he was only 11 years old.  At the age of 16, he built his first car, a dune buggy, and always knew he wanted to be a mechanic.  For the majority of his career John worked as a diesel mechanic on heavy equipment, including mining equipment and heavy trucks. In the later part of his career John worked for TIC managing their equipment and their yard.  John enjoyed working hard his whole life and took satisfaction in being dependable and reliable.

He enjoyed a number of hobbies, including fishing, Harley-Davidson motorcycles and all types of car racing. John was a mechanic for several drag racing teams over the years and loved the comradery of being on the team and sharing his mechanical expertise.  John was also a lifelong Raiders fan, even after their glory days had faded, he never wavered from his support.  One of Johns greatest strengths was his loyalty, if you were Johns friend, you were his friend for life.  No matter where you went, he would reach out with a phone call and was always eager to hear what was going on with you. Most of all John enjoyed sharing stories, getting laughs, and always admired a snappy comeback to any of his jokes.  He also loved a good prank and had recently started addressing his dental cleaning reminder card to “Mr. Wonderful” and enjoyed announcing “Mr. Wonderful” is here when he arrived.

Funeral services will be held at Restoration Church, 411 S. Walsh Drive, in Casper on Saturday, September 12th at 2 pm.  Following the funeral, a casual reception will be held at John’s shop (846 S. Conwell, Casper).  Due to parking limitations please park in the surrounding neighborhood or south of the house and walk up the hill.  Please bring a lawn chair to sit on.

John loved dogs, in particular pit bulls and had the privilege of owning two in his lifetime (Bob and Sam).  They were his constant companions and he treated them like his own children.  Memorial donations may be made to the Casper Humane Society, 849 East E. Street, Casper, WY, 82601.

To order memorial trees or send flowers to the family in memory of John Baskett, please visit our flower store.