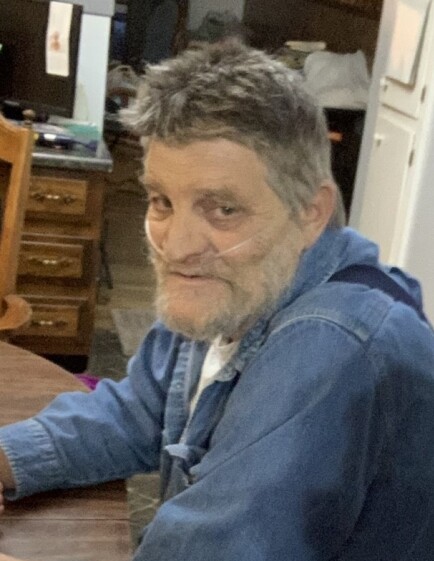 John Craig Maas, 68, passed away Sunday May 18th at his home in Glenrock, Wyoming. He was born on February 28th, 1953 in Laramie, Wyoming to parents Bernard and Murl Maas. John graduated Laramie High in 1971. On December 29th, 1972 John began his service for the United States Navy aboard the USS Mason DD-852. One year later, December 31st, 1973, during a short leave he married Connie Jean Dixon and returned to service. John discharged from the Navy at the end of 1978 and returned to Laramie.

John liked to be known as a “Jack of all trades, master of none” but his true passion and skill was in carpentry. His wood of choice was walnut. He loved spending his time reading Louis L’amour and any western books. He also spent his time hunting the perfect tree limbs, no matter whose tree, to strip and polish into beautiful canes.

John spent most of his summers with his family and friends building demolition derby cars for the Laramie Fair Demo Derby. When he asked for his silver bar everyone knew he meant business. For the last 8 years John took a step back in the building department and watched his sons and grandsons build and race dirt circle track cars. His close friends and neighbors in Glenrock have one common opinion of John, he sure loved the grandkids.

John’s most recent love of his life was his Yorkie named Birdie. He and Birdie were inseparable and she gave him great companionship.

John is preceded in death by his parents, Bernard and Murl Maas.

A Celebration of Life will be held Sunday May 23rd at Washington Park in Laramie, Wyoming. The funeral services will be held June 11th at the VA Cheyenne National Cemetery in Cheyenne, Wyoming.

Arrangements are entrusted to the care of Bustard & Jacoby Funeral Home , 600 Casper, WY 82601.

To order memorial trees or send flowers to the family in memory of John Maas, please visit our flower store.