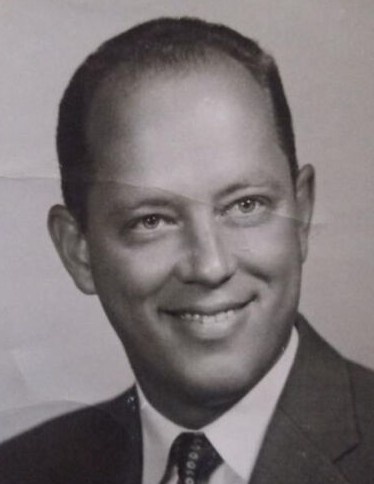 John Scott Runge, 93, of Casper, Wyoming, died January 26, 2021 at his home in Casper.  His wife, Emily Runge, and daughter, Margaret Ann Burnett were with him.

John was born November 16, 1927 in Houston, Texas to Frank and Catherine Runge. He had one brother, Frank Runge, Jr. of Fort Worth, Texas. John attended schools in Houston graduating from San Jacinto High School in 1944. He served in the U. S. Army of Occupation in Sasebo, Japan in 1946 and 1947.

John was united in marriage to Patricia Claypool on July 16, 1949 in Wichita Falls, Texas. They had four children – Margaret Ann, John Jr. (Jay), Ellen and Paul.

After graduating with a Bachelor of Science Degree from the University of Texas in January of 1950, John  worked in Odessa and Midland, Texas and Hobbs, New Mexico for Phillips Petroleum, Skelley Oil and British-American Oil Companies until his transfer to Casper in 1960. In 1964 he became a consultant in petroleum geology and in 1974 he formed a partnership with several other geologists doing consulting in petroleum, uranium, coal and hydrology.  In 1978 John left the consulting field and merged his oil and gas interests with LR Company in 1979. He served as president of LR Company.

John was active in the First United Methodist Church. He taught both youth and adults for many years.

John served as the editor of Wyoming on Review, a Republican Party fundraising publication He also served as a campaign coordinator for Natrona County for five elections.  He was Chairman of Natrona County Republicans from 1974-1976.

John was preceded in death by his parents, his wife, Pat Runge, his brother, Frank Runge, and his son, John Jr. (Jay) Runge.

To order memorial trees or send flowers to the family in memory of John Runge, Jr., please visit our flower store.