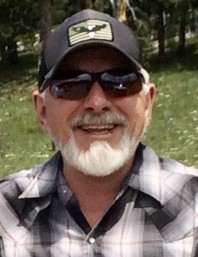 Jeff was born in Aberdeen, SD to John and Cherie Wilson-Casey on February 15, 1951. He went to high school at Mounds View Senior High and graduated in 1969. He went on to earn a certificate in Business/Upholstery from Century College. He worked as an Electrical Project Manager for several electrical companies for more than 26-years. His favorite job was working as a Museum Guide at Fort Phil Kearney in Banner, WY sharing his love of history with anyone who would listen and when visitors would ask questions it made his day. He enjoyed being with his family and his friends. Jeff loved horses and was a horse whisperer in his own right. Jeff was a patriot, an honorable man, an authentic friend and someone whose integrity was unshakeable.

Memorial contributions may be made in Jeff's memory to the Volunteers of America, 1876 S. Sheridan Avenue, Sheridan, WY 82801.

To order memorial trees or send flowers to the family in memory of John "Jeff" Wilson, please visit our flower store.