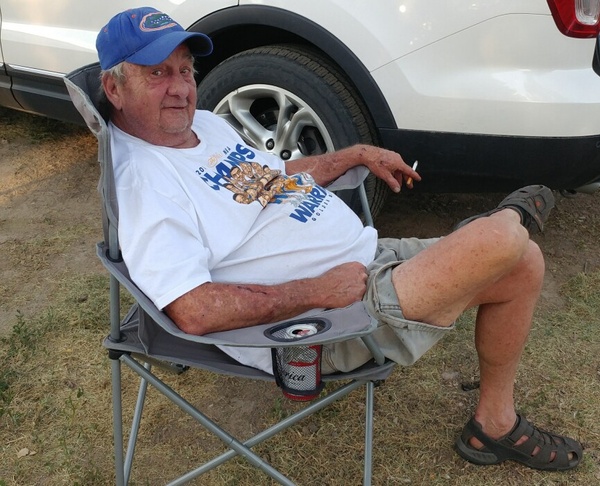 Jon had an immense love of archaeology and for the outdoors. He was the owner/operator of North Platte Archaeological Services, which flourished for 33 years, and was based in Casper, Wyoming.

Jon enjoyed time with his family and with his dogs, Sadie and Raven. He was an avid collector of recorded music, and spent his infrequent spare hours fishing and gambling. A master gardener and home improver, he always had a domestic project underway. His family and business associates knew him as a jack-of-all trades and a master of some.

Jon was preceded in death by his parents, Harry D. (Pete) and Margaret M. Frizell, and by his sisters, Diane Curtis and Mary M. Benedick,.

In lieu of flowers, the family requests donations be made to the Casper Humane Society.

Funeral services will be held at a later date in Larned, Kansas, and a celebration of life will be held in Casper. The family will share dates for these occasions as they become available.

I've walked through the Halls of Karma

I shook hands with both the Devil and God

They turned my eyes to the inside to see

Where my energies have gone

Yes I've run with both all through my life

I've respected and reflected them both

Yes the sympathy of God as he looked at my life

The excitement of the Devil as we talked.

So Lord have mercy

Lord have mercy on my soul. -B.O.A

To order memorial trees or send flowers to the family in memory of Jon Frizell, please visit our flower store.