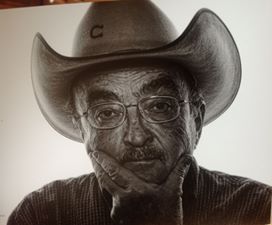 Joseph George Bicek of Casper, Wyoming passed away on Monday, July 6, 2020.  He finished his journey here on Earth surrounded by the love and faith of his daughters.  He was born January 28, 1938 in Chicago, IL to George and Rose Bicek, joining his sister, Bernadette.

Joe graduated from Fenwick High school in 1954.  He continued his education at Loyola University, graduating in 1958.  He then attended Chicago Medical school, graduating in 1965. He completed his residency in General Practice at Cook County Hospital during 1965 and 1966.  He then proudly served his country in the Air Force, stationed in Dover, Delaware from 1966-1968. From 1969-1970 he was a General Practitioner in Boulder, Colorado.  He disliked general practice, and returned to school to complete a Radiology residency at the VA hospital in Illinois.

In 1972, he fulfilled a life-long dream of moving out West.  He joined Casper Radiology, finishing his career there.

Joe married Mary Kline in 1962.  Mary was a secretary at Loyola University who caught his eye in the coffee shop.  She was very supportive of his education and subsequent career. They later divorced. They had two daughters, Sherry Lynn Oates of Cheyenne, and Sue Christensen of Casper.  His daughters, along with their families, were the center of his world.

In 1991, Joe married Delores Skelton.  Since he was retired, he enjoyed accompanying her while she worked as a traveling nurse around the country.  They had many adventures together before divorcing in 2011.

Joe was a friend to everyone he met.  He was genuinely interested in other people, and enjoyed learning their stories. Especially in his later years, people always said, “He is a character, I bet he keeps you busy!”  He enjoyed hunting in his younger years, and was especially proud of his Grand Slam sheep collection. He was an avid fisherman, and especially enjoyed taking his grandchildren fishing.

Throughout the highs and lows of his life, his faith in God never wavered.  He attended many churches in Casper to make sure he covered all the bases.  However, St. Mark’s Episcopal Church was always his home.

He was preceded in death by his parents, brother in law Jim Viskocil, and his faithful dogs, Hilda and Seren. He is survived by his sister Bernadette Viskocil and her family; daughter Sherry Oates, husband Bill, and children Taylor Rose and Seth; and  daughter, Sue Christensen, husband Arik, and children Marc and Kyle. He had a very special friendship with Rich Wilson.  They were always in cahoots, sipping whiskey and causing general mayhem. Services will be held July 10, 2020 at 10:00 a.m., at Bustard and Jacoby Funeral Home.  Reception will immediately follow at Occasions by Cory, 303 South Wolcott.  Please dress in casual Western, honoring Joe’s love of Wyoming. Memorials may be made to Central Wyoming Rescue Mission, a program he supported for many years, or Camp Hope, a camp serving diabetic children, where he volunteered with good friend, Fritz Cubin as Camp Physicians for years.

Services will be held Friday, July 10, 2020 at 10:00 AM. Private committal with military honors will take place in Oregon Trail State Veterans Cemetery.

To remotely attend the funeral service, use the following link: https://client.tribucast.com/tcid/71942741

To remotely attend the committal with military honors, use the following link: https://client.tribucast.com/tcid/23655329

To order memorial trees or send flowers to the family in memory of Joseph Bicek, please visit our flower store.