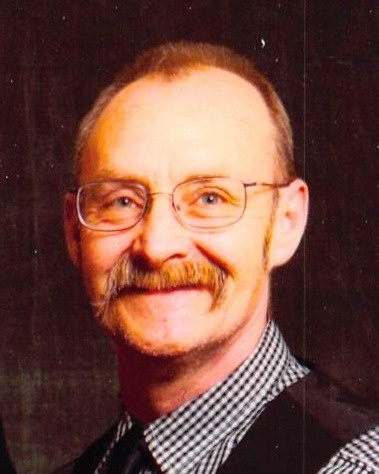 Joseph went to be with his Lord and Savior, Jesus Christ, on Wednesday, September 21, 2022.

Joe was born April 18th, 1963 in Elgin, Illinois but he grew up in Wisconsin.  He lived in Ojibwa, Wisconsin and attended Winter Park Highschool.  He later worked with his father at PLM Cement, then drove semi-trucks for Upstaging and Roehl Trucking before moving to Casper, Wyoming.  He met his wife of 26 years, Carol Hammon Anthony, through Sheila Woods column in The Globe.  They were married on February 17, 1996 in Casper, Wyoming.

While Joe's work kept him busy in the community, he also liked to embrace all that Wyoming has to offer.  Whenever he could, he loved to be outdoors fishing and hunting.  This passion lead him to teach hunter education classes for the Wyoming Game and Fish Department, again finding a way to use his life to give back to others.  He also enjoyed going to flea markets in his free time and was a huge fan of collecting baseball cards.

Although his work and service were of utmost importance to him, Joseph took the most pride in his family.  As a father, husband, and grandpa he always found a way to spend quality time with his family, even after working long hours throughout all his endeavors in life.  Wesley remembers him fondly for the many long talks they had throughout his life, especially those of his childhood, at times waiting up for him into  the early hours of the morning just to have those very talks.  And for anyone who knew Joe, some of those talks contained some of the best jokes, but they may not be appropriate to say here.  Connor spent much of his time side by side with his Dad in their professional lives as first responders.  Joe and he always had excited talks about adventures and how else they could expand their skills and build a business.  He will remember him always for instilling in him to never be afraid to have big ideas, big dreams, and to chase those dreams.  And he will always remember his dad's ability to make him smile, especially from his own toothless grin.  Joe would want is to always remember that life is short, so smile while you still have teeth.

Cordell also made much of his memories with Joe out in the field.  He was always touched by Joe's compassion, demonstrated in volumes by his efforts to help the less fortunate, for whom he always went above and beyond.  A part of that compassion came from his endless effort to always make people laugh, even if a smile was all he could give.  Joe knew no strangers and had a way of talking to people that made you feel like he had known you your whole life.  It didn't matter who it was, any time or any place, he could strike up a conversation that left left you with a smile.

After a quarter century of marriage, Joe's wife, Carol, has too many memories to count.  One of her favorites took place in Wisconsin.  Joe, herself, and the kids had attended a county fair.  At the end, a huge rainstorm came in, causing all the kids to high-tail it to the car.  But not Joe.  He stayed back and played in the rain puddles with Carol.  No matter how old, Joe always found a way to brighten her day, as he did that stormy afternoon, unafraid to be childlike for the sake of laughter and playing in the rain.  She remembers him most for his playfulness, his desire to always help others, for being so caring and for his undying love for her.

Joe is survived by his wife, Carol; his children, Wesley and Harley Knop, Connor Knop, Levi Anthony, Cordell and Presley Anthony, Colin and Mandy Cowden, Eric and Christina Knop, Ashley and Vince Richardson and fifteen grandchildren.  He has two brothers, Jim and Laurie Knop and John and Donna Knop.

Joe was preceded in death by his father, Louis; his mother, Pamela; and a daughter, Kody Lee Knop.

He will be remembered as a firefighter, EMT, minister and public servant.  His wife, children and grandchildren will remember him as being a loving and caring husband, father, and grandpa and for the love he had for his family, his friends, his community and his work.

To order memorial trees or send flowers to the family in memory of Joseph Arden Knop, please visit our flower store.