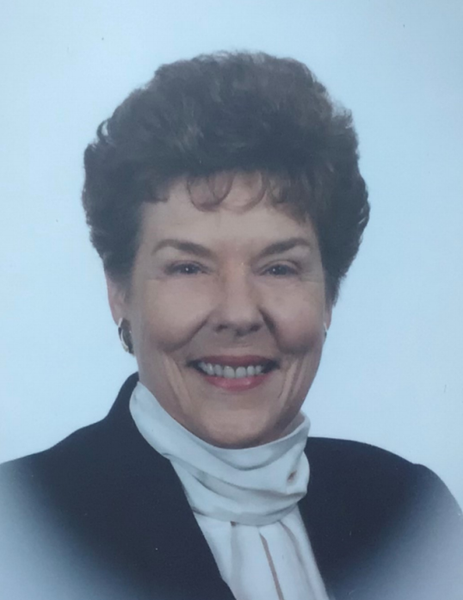 Joyce Harden Johnson, age 90, passed away peacefully in Casper on November 3, 2020 surrounded by her three children. She was born in Eastland, Texas on June 11, 1930 to Chester and Celia Harden.

Joyce attended The University of Montana where she pledged Delta Gamma. She met many lifelong friends there and the love of her life, John E. Johnson, whom she married in December 1950. John and Joyce later moved to Casper, WY where he preceded her in death in 1973. She was also preceded in death by her parents and her two older brothers Joe and Jerry.

Joyce was a loving wife, mother, grandmother, GG, and friend. She was a proud member of P.E.O. Chapter G and Shepherd of the Hills Presbyterian Church. She loved sports (especially tennis), playing bridge, Gourmet Club, traveling, Alcova Lake, her friends, and her family. A burial was held with immediate family on November 9, 2020 where she was laid to rest next to her beloved husband. A funeral will be held sometime in the Spring of 2021 in Casper.

To order memorial trees or send flowers to the family in memory of Joyce Johnson, please visit our flower store.