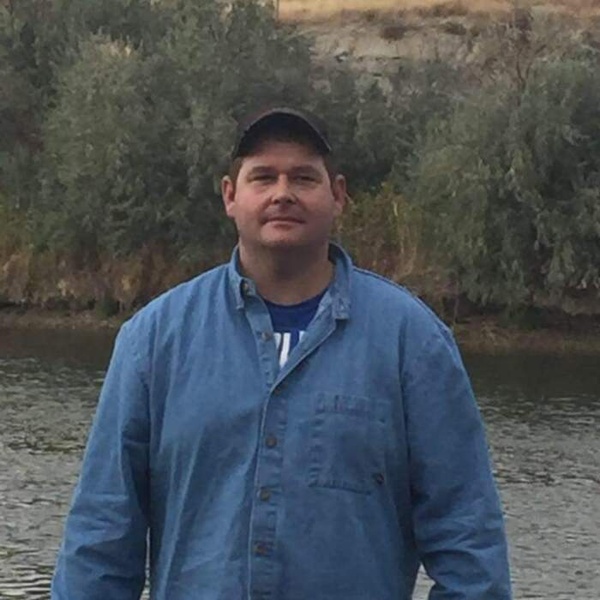 Justin was born in Cozad, Nebraska to Raymond and Carol Jacob on July 12, 1977. He graduated from Cozad High School in 1996, and earned an associate degree from the Nebraska College of Technical Agriculture in 1998. In 1999, Justin married Torie Dyer. Their union was blessed with three children. In 2020, Justin married Rachel (Butcher) Walters.

Justin worked as a welder for 18 years, in Casper. In addition to his work, he faithfully volunteered to rise early on snowy days to help remove snow from Mount Hope Church and School. Justin’s family was important to him, and he enjoyed hunting and fishing with his kids. Justin could strike up a conversation with a stranger and was known for his funny sense of humor and his smile.

He is survived by his wife Rachel, daughter Jessica, sons Tristin and Liam, his parents Raymond and Carol Jacob, sister Sarah (Sonny) Scott and nephew Jace.

Funeral services will be held at Mount Hope Church in Casper, Wyoming on November 5, 2021 at 10:00 AM. A private burial will be at the Cozad Cemetery in Cozad, Nebraska at a later date. In lieu of flowers, memorials are suggested to Mount Hope Church, and will be designated for the children’s education.

To order memorial trees or send flowers to the family in memory of Justin Jacob, please visit our flower store.