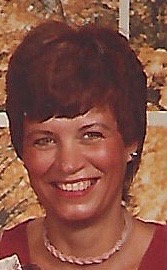 On Thursday, October 14, 2021, Karen Ann McVay, daughter of Robert L. Bush, and wife to Francis Harris McVay, passed away at the age of seventy-four in Casper, Wyoming.

Karen was born on June 27, 1947, in Casper, WY to Robert L. Bush, and his late wife Doris Bush.  She received her education from Natrona County High School, and later on in life went on to achieve her education goals at Casper College to become a respiratory therapist.   While in Casper, she worked as a deputy clerk of court. She was also an entrepreneur whom opened a restaurant business in Arizona, and also purchased a local rock shop in Casper and focused on total holistic wellness with her other business ventures, as she reintegrated back into the Casper community with her family in 1992.

Karen was always the extremely protective mother whom was a force to be reckoned with.  She never backed down from any challenge ever thrown her way, and she was a daughter that made her father proud.  After the early loss of her mother at age five Karen, always her father’s little princess, and was a helping hand to Robert L. Bush, “Bob Bush”, in the raising of her late sister Ginny McBride.  She also grew up in Casper, and returned to live the remainder of her life in Casper with her husband, Frank in 1992.  Keeping true to passion for helping others, Karen was by her father, Bob, during his time of need, and guarded and watched over him in his transition into the afterlife, just as she did for, Shain, through his transition.

Karen was passionate at an early age with all things water sports, and equestrian riding.  A true cowgirl and adventure lover, she spent much of her youth in Casper with her father riding horses, water skiing, and relaxing at Alcova Lake.  These passions continued with her throughout her long life, and many summer days were spent out in the boat with family and friends, or engaging with horses.  Later in life Karen took to helping others in the medical field, by providing respiratory care to many Wyoming residents.  She was an amazing respiratory therapist, and her work helped to sooth, and save a multitude of people.  She truly was the embodiment of an astounding healthcare worker, and motherly care giver always there to provide support and help for those she watched over.

Karen was a mother to four children: Robert Stout, Cody McVay Pruitt, Chip McVay, and Shain McVay.  She was a woman who understood fashion, and always loved having the accoutrements that were becoming of a lovely lady.  She fell for a ruff and rugged man, Frank McVay, a home builder, who was raised in Glendo, Wyoming, moved to Arizona, and relocated to the boom town that was Casper at the time.  It was, and still is, a love story that stood the test of time, children, financial ups and downs, and the unforeseen.  Karen was the glue that kept the entire family bound together under her protective wings, like the mother hen that shelters her chicks from the harshness of the outside world.

Please click here to view the video tribute
To order memorial trees or send flowers to the family in memory of Karen McVay, please visit our flower store.