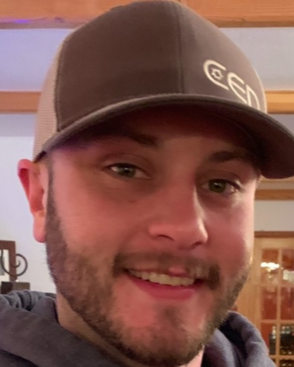 Kelly was born in Salt Lake City, UT, to Sarah and Todd Beckstead on November 27, 1989. He went to high school at Kelly Walsh High School and graduated in 2008. He attended college at the University of Wyoming in Laramie and later completed an A.S. in general studies from Casper College in 2016. He enjoyed fishing, hunting, snowboarding, and spending time with his two children.

Kelly is survived by his children: Mayvee and Leo (Amelia McAfee); his parents; his brother, Riley Beckstead (Hendrix, Arlyn and Addison); his sister and brother-in-law, Ashley and Alex Bergeron (Robert, Nancy); his maternal grandparents, Nancy and Fred Gutierrez and his paternal grandmother, Gayle Beckstead. He is preceded in death by his paternal grandfather, Jerry Beckstead.

To order memorial trees or send flowers to the family in memory of Kelly Young Beckstead, please visit our flower store.