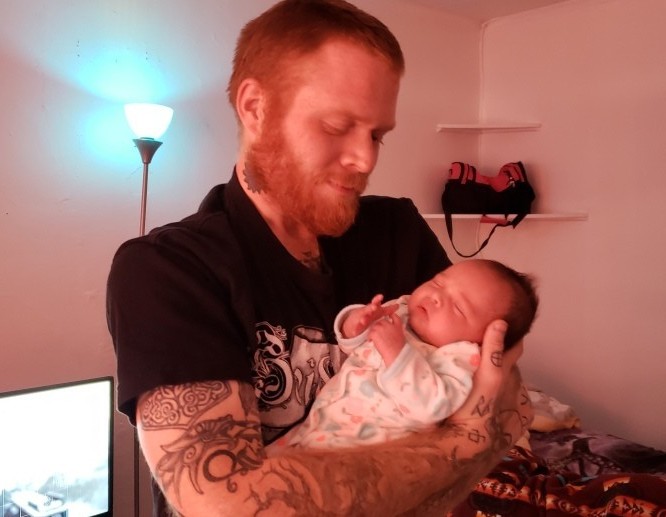 Kelly Ray Larson was born October 26th, 1992 in Albert Lea, Minnesota to Jody and Amy Larson. In 2018 he became a father to a beautiful good natured little girl. Kelly passed away on July 6th, 2020 in Casper, WY.

Kelly had an affinity for tattoos, Norse history, many types of music and animals, especially dogs.

He was preceded in death by both fraternal and maternal grandparents.  He is survived by his mother Amy Larson, father Jody Larson, stepmother Kristy Johnson; sisters Cristen, Catelyn, Celine and Sara Larson and the love of his life, his daughter Minerva Eagle.

Arrangements handled by Bustards Funeral Home. In lieu of flowers donations can be made in his name to the Casper Humane Society.

To order memorial trees or send flowers to the family in memory of Kelly Larson, please visit our flower store.