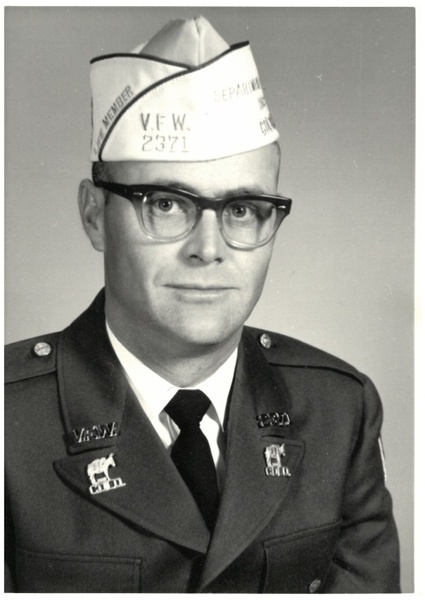 Kenneth Richard “Ken” Graf AGE 90 of Casper Wyoming passed away on 09/10/2021 at Central Wyoming Hospice. Ken was born 11/19/1930 in a log cabin on his Fathers Ranch in North Park Colorado.    The oldest of 2 siblings to Fred Carl Graf and Hilda Lewis Graf. He grew up on the Graf ranch in North Park and rode horse as a child to school or in a covered sled with the neighborhood kids if the winter weather was bad. Ken graduated high school in Walden Colorado in 1948. He served his country in Germany between 1952 and 1954 with the US Army. Returning home to North Park Colorado Ken worked as a fuel delivery driver. He got hired as an underground miner at a Fluorspar Mine in the Northgate District of North Park working for Ozark Mahoning Company.  Ken was the definition of sole proprietor, entrepreneur. It is said you have beaten the odds if your small business is still open after 5 years profitable or not. Ken beat the odds 6 times as a sole proprietor.   He owned and operated Ken’s Conoco Service Station and a separate bulk plant. Then Ken’s Building Supply and later Colorado Scorpion a regional snowmobile distributor with his partner Russ Bybee all in Walden Colorado. During this time, he and his partner purchased land on Owl Mountain in North Park Colorado.   During his time in Walden, he was on the school board and city council. Ken was a member of local VFW and was in charge of the Team Roping Calcutta for many years at the Never Summer Rodeo in North Park Colorado. In 1980 he moved to Casper Wyoming to work in the oil field service sales business with Petro Chem. In the early 1980’s the oil industry entered a depression. He returned to what he knew and opened Cutlery World at the Eastridge Mall and Video Center on CY Ave. all in Casper, Wy. Ken spent over 40 years of his life mostly in self-employment.  Ken retired in 1995 and he and Dory spent many years traveling the US in their motorhome having visited most states. Ken and Dory spent the winters in Port Aransas, Texas and Mesa, Arizona. Ken was a driver for Meal on Wheels in Casper and Ken and Dory were members of the Paradise Valley County Club. Ken enjoyed snowmobiling, water skiing and golf. Ken was also an excellent card player and will be missed for their nightly games with his many friends in Casper.

In Lieu of flowers the family requests donations to be made to Central Wyoming Hospice or Meals on Wheels of Natrona County.

Services are at 1pm Sept 15, 2021 at Oregon Trail State Veterans Cemetery followed by a reception at the Marriott Courtyard 4260 Hospitality Ln Casper, Wy. 82609

To order memorial trees or send flowers to the family in memory of Kenneth Graf, please visit our flower store.