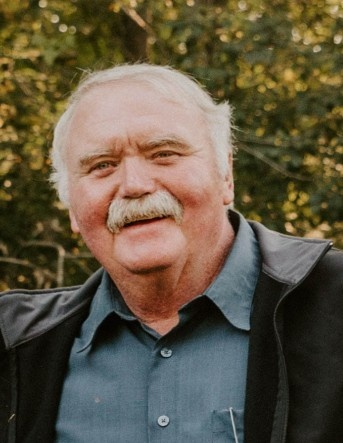 Kenneth Eugene Shell was born on August 18, 1950 to Thomas E. Shell and Maxine A. (Dalzell) Shell. He lived his younger life with his brothers, William (Bill) and John Robert (Bobbie) on ranches in the Sheridan/ Buffalo area. He graduated from Johnson County High School in Buffalo, Wyoming in 1968. Ken moved to Casper in 1972 where he met and married his best friend, Susan Petersen. They were married in 1976 and have two amazing children, Justin and Amy. He worked for several trucking companies including Salt Creek Freightways, P.I.E, Northwest Transport. He retired from Nalco Chemical in 2018. He loved Wyoming and the outdoors. Ken was a dedicated husband and father. Family was the most important thing in his life. Ken is survived by his wife Susan Shell; son, Justin (Kate) Shell, daughter, Amy Shell, brother, Bill Shell (Marcia); nephew Matt Shell, niece, Keela (Lane) Goodwin. Ken was preceded in death by his parents, Thomas E. (John) Shell, Maxine Shell and brother, John Robert Shell.

The Shell family will be holding a Celebration of Life for Ken, to be held on August 31, 2021 at Bustard and Jacoby Reception Center of Casper at 4 pm. Please come with your favorite stories and memories of him to share with his friends and family. In lieu of flowers, the family asks that donations be made in Ken’s name to Central Wyoming Hospice and Transitions (cwhp.networkforgood.com) or Wyoming Foundation For Cancer Care (wyofcc.com)

To order memorial trees or send flowers to the family in memory of Kenneth Shell, please visit our flower store.