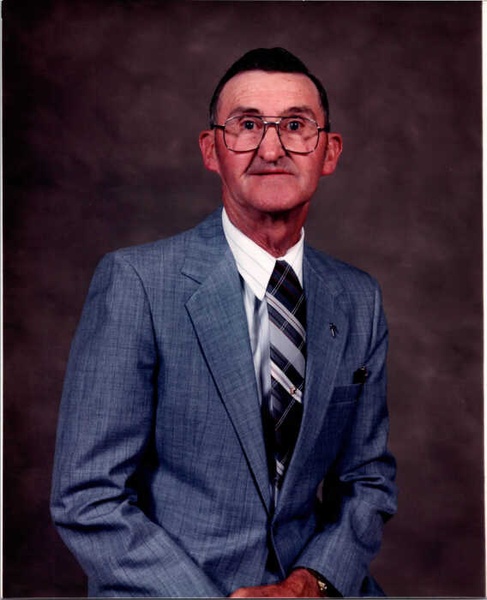 Kenneth Earl Dill, 97, passed away peacefully on Saturday February 5, 2022 at his residence in Cheyenne, WY with his family at his side.
Kenny was born in Osawatomie, Kansas in 1924 to Mike & Floye Dill and spent his childhood with his brothers Harry & Herman on the family farm outside Centerville, Kansas. In 1943 he joined the U.S. Army. He fought for his country in World War II, serving as part of the 3rd Division, 7th Infantry Regiment in battles in France and Germany. After returning home from the war he courted Norma Lee Kimple and the couple were married on March 20, 1948. They moved to Linch, Wyoming in 1950 where Kenny worked for Conoco until his retirement in 1985. Upon retiring, Kenny and Norma relocated to Casper, Wyoming where they hosted friends and family for the next 30 years.
Kenny loved his savior Jesus, his family, the outdoors, and reading old westerns. His summers were often filled with pulling his camper around Wyoming, visiting campgrounds and grandkids. During the cold Wyoming winters, he and his wife became snowbirds with a residence in Brownsville, Texas. He loved to fish, play golf, and give the waitresses at Perkins and Village Inn grief. He was ardently devoted to his wife Norma his entire life, even after her passing in 1997. Often he would say he was most proud that all his children and grandkids are following the Lord. His favorite verse was Joshua 24:15, “...But as for me and my family, we will serve the Lord.”.
Kenny was preceded in death by his parents Mike & Floye, his brothers Harry & Herman, and his beautiful wife Norma.
He is survived by his children Judy Officer of Littleton, CO, Donna (Larry) Locke of Cheyenne, WY, and Terry (Heidi) Dill of Harlingen, TX. He was the proud grandfather of 5 grandkids -Sharla (Mark) Halliday, Shanda (Melvin) Beard, Brent (Amanda) Officer, Joel (Josie) Dill, and Caleb (Kate) Dill - and 12 great-grandkids - Emalee, Dani, Taylor, Sydney, Baylee, Josiah, Abbie, Nolan, Trevor, Elise, Kendal, & Corbin.
Services for Kenny will be held at Highland Park Community Church in Casper, WY on Friday, February 11, 2022 at 1:00PM. A graveside Veteran’s memorial will follow at Oregon Trail Veterans Cemetery where he will be buried next to his wife. In lieu of flowers, the family asks that you consider a donation to the Wounded Warrior Project
http://(https://support.woundedwarriorproject.org)

To order memorial trees or send flowers to the family in memory of Kenneth "Kenny" Dill, please visit our flower store.