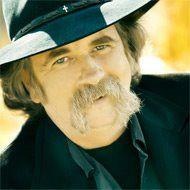 Kevin Earl Exley(65) passed away on the morning of December 24, 2021 in Casper Wyoming.

He was raised and went to school in Douglas Wyoming and received a BS in education with a minor in history from Chadron State College in 1992.

In 1981 he married Darlyn Lowe and raised two children Mindy and Dean. He worked in the security industry for many years, spending most of those years at the Casper Event Center and in most recent years at the Wheatland power plant.

Kevin is survived by his children; Mindy Coxwell, and Dean Ward Exley.

In-laws; Kenny and Dee Lowe,as well as many nieces, nephews, and cousins.

Faith was an essential part of Kevin's life. He spent many years attending and ministering at Casper Community Church. A faithful man he loved the Lord, his family, and his church. He also enjoyed the mountains, playing cards, chocolate, coffee, and a good conversation. Kevin was loved and adored by many and will be truly missed.

A Celebration of life will be held January 15th at 1:00pm at the VFW 9439, 1800 Bryan Stock Trail in Casper, Wyoming. Donations for his cremation can be made at First Interstate Bank under the Kevin Exley Memorial fund.

To order memorial trees or send flowers to the family in memory of Kevin Exley, please visit our flower store.