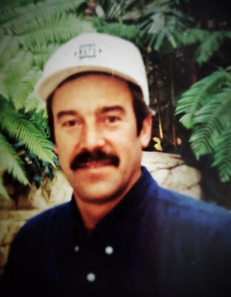 Lance B. Coates was born on September 19th, 1951 to Fred and Margret Coates in Casper Wyoming.  Lance was the middle child of the five children.  He grew up out on the family ranch with his parents and siblings, attending CY junior high and then graduating from Natrona County High School in 1971.  Growing up he always worked with his hands and continued that way throughout his life working on anything that had a motor.

Lance met his life partner in 1976 Debra Runyon and they were married out at the Coates Ranch.  From there they built a house out at the ranch and raised two boys Brian and Russell Coates.  Lance enjoyed taking his boys fishing, shooting, and riding four-wheelers out at the ranch.  Lance was probably most proud about teaching his boys the lesson of putting in a hard days work.

Lances other love was working on vehicles, he started his own business in 1980 and called it Eastside Fleet Service and it was located out in Mills.  Everyone always gave Lance a hard time asking him why he named it Eastside when it was on the west side.  He mentioned it was to keep out all the trouble makers from coming into the shop.  After three decades of running his own business it was time to hang up his coveralls and settle down.

Lance spent the remainder of his years out at the Coates ranch where he grew up, with his faithful dog Misty by his side, they spent their time looking after the cows, and making his rounds to see he friends.  Lance is proceeded in death by his parents Fred and Margret Coates, older brother Doug Coates, and younger brother Ross Coates.  He is survived by his Wife Debra Coates, two sons Brian and Russell Coates and Daughter in Law Lesli Coates, his Grandchildren Gracie Coates, Finn Coates, and Ryleigh Coates, and his older sister Kathleen Coates and younger brother Bruce Coates

To order memorial trees or send flowers to the family in memory of Lance Coates, please visit our flower store.