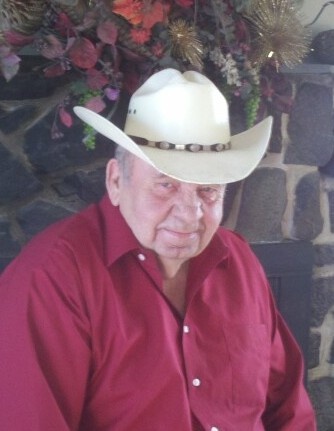 Larid D. Johnson was born, at home, July 20, 1938 in Maeser, Utah. The second child of three, and only son of Verdin R. Johnson and Marie McConkie Johnson. He was reunited with his bride on September 2, 2021, at home, on their 61st wedding anniversary.

Larid was raised in the Unitah Basin. His parents instilled a confidence in him that defied conventional boundaries. At the age of eight, when most children still need a night light, Larid was driving his Dad’s truck up on Diamond Mountain, alone, to camp, fish and hunt. He graduated from Unitah High School in 1957.

He married his “Strawberry Queen”, Judith LaRay Robinson, on September 2, 1960 in Pleasant Grove, Utah. To this union, six children were born. His children were like arrows in his quiver. He would reference Psalms 127:5, “Happy is the man whose quiver is full of them…” He was sealed for time and eternity to his wife and children in the Salt Lake Temple, August 1, 1974.

He graduated from Utah State University in 1963, with a degree in Wildlife Biology and began his career in predator control for the federal agency at the Fish and Wildlife department. In 1966 he moved his young family to Lusk, Wyoming and developed from a “college boy” to a regional supervisor over a large portion of eastern Wyoming. The title was never really important to him. He identified with being a trapper, and when his daughters began dating, a professional killer. He retired in 1995.

Larid was a member of the Church of Jesus Christ of Latter Day Saints. His faith was the rod he held fast to. He served his Lord in numerous leadership positions. He persevered to see to fruition the remodeling of one church building and the new construction, in 2006, of the existing chapel in Lusk.

He loved his family, the Denver Broncos, blackjack and cake, not necessarily in that order.

To order memorial trees or send flowers to the family in memory of Larid Johnson, please visit our flower store.