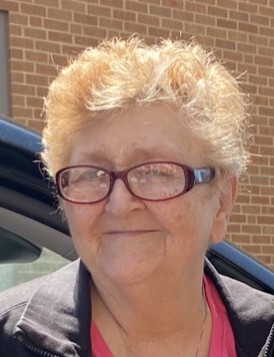 Laura was born to Ann & Lawrence (Turk) Triplett in Hamilton, Montana; the 14th of 18 children. She was named for her father and her aunt on her mother’s side suggested Hope for her middle name, in hopes that it would be the last one.

The family moved to Casper in the 1950’s and she attended Dean Morgan Junior High where she met her future husband. She graduated from Natrona County High School in 1965 then married Robert G. McTigue, Sr on January 31, 1966. They immediately moved to the Pacific Northwest where she became a homemaker and mother to their two children.

Laura spent her time doing the things that she loved; singing & dancing, was an excellent cook and seamstress. She spent countless hours helping others in her family. Later in life, she spent 15 wonderful years with her best companion, Jose Cruz, of Mexico. They attended many of the dances and celebrations at the cantinas.

She returned to Casper in 1982, where she still moved around a little between Texas and Colorado over the years. Laura finally settled again in Casper in 2016, where she lived at St. Anthony’s Manor until her recent passing. She made many friends while living there and enjoyed baking treats for many of the residents.

Laura was preceded in death by her parents, her previous husband (Robert McTigue, Sr) and all 17 of her siblings, as well as various other family members. She was truly the last of her family’s generation.

A memorial service will be held at 10:00 am on Wednesday, July 7, 2021 at Bustard’s Funeral Home in Casper. In lieu of flowers, the family requests donations to Central Wyoming Hospice or US Renal Care in Laura’s name.

To order memorial trees or send flowers to the family in memory of Laura McTigue, please visit our flower store.