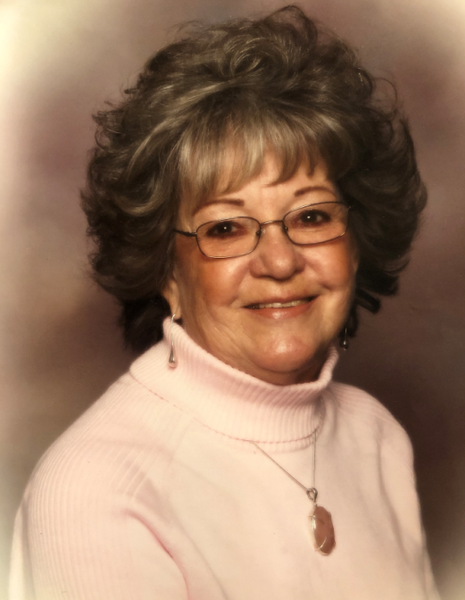 LaVonne Mae (Papstein) Coventry, 79 of Casper, Wyoming went home to the Lord on April 2nd, 2021, while being cared for by the Angels of Central Wyoming Hospice and Transitions in Casper, Wyoming.

LaVonne was born in Carroll, Nebraska to Henry Herman William and Emma Hulda (Hank) Papstein on April 26, 1941. She attended Norfolk Senior High in Norfolk, Nebraska and graduated in 1959. After graduation, she moved to Columbus, Nebraska and worked at Dale Electronics where she made coiled wire parts for Minuteman Missiles. She married Ronald Kenneth Coventry on April 19, 1964 and they had two sons. In 1967, the family moved to Kearney, Nebraska and lived on a small farm for 5 years, then moved to Ft. Morgan, Colorado. In 1978 they made their final move to Casper, Wyoming, where they enjoyed several wonderful years. LaVonne and Ron were married for 20 years until Ron’s passing on October 19, 1984.

In Casper, LaVonne worked at Gibson’s Discount Center, the Title Department at the Natrona County Court House, and she ended her employment career after retiring from Norwest/Wells Fargo Bank. She enjoyed reading, crocheting, playing cards, and playing board games. She especially loved her daily walks followed by a good cup of coffee at McDonalds and conversation with her delightful group of Casper friends. She was admired and loved by everybody she met; her family is certain this was due to her sweet disposition, curious mind, kind spirit, and fun-loving personality. There was never a dull moment when LaVonne was present. She brought much joy, laughter, and love to every occasion which is why she will be dearly missed.

LaVonne was baptized on June 26, 1941 in the Trinity Lutheran Church, Carroll, Nebraska, and she was confirmed on March 25, 1956 at Mt. Olive English Evangelical Lutheran Church, Norfolk, Nebraska. She was baptized again on May 12, 2002 in the Christian Church of Vista West, Casper, Wyoming. She grew up in a Christian home and her faith was always a priority in her life. She loved participating in Bible studies, Sunday services, and reading God’s word. She was a member of Paradise Valley Christian Church for the last 13 years. Her faith saw her through two cancer diagnoses (Lymphoma March, 2016 and Acute Myeloid Leukemia February, 2021) until God called her home.

LaVonne leaves a legacy of love, friendship, kindness, and hope. She was a beloved wife, mother, grandmother, sister, aunt, and friend to all. She will be greatly missed, and she will remain in our hearts until we meet again. Well done, good and faithful servant. You have fought the good fight, you have finished the race, and you have kept the faith!

A memorial service will be held at 11:00 AM on Saturday, April 10th, 2021, at Paradise Valley Christian Church in Casper, Wyoming. A gravesite memorial and inurnment will be held at Inman, Nebraska cemetery at a later date. Arrangements are entrusted to Bustard & Jacoby Funeral Home, 600 CY Avenue, Casper, WY 82601.

To order memorial trees or send flowers to the family in memory of LaVonne Coventry, please visit our flower store.