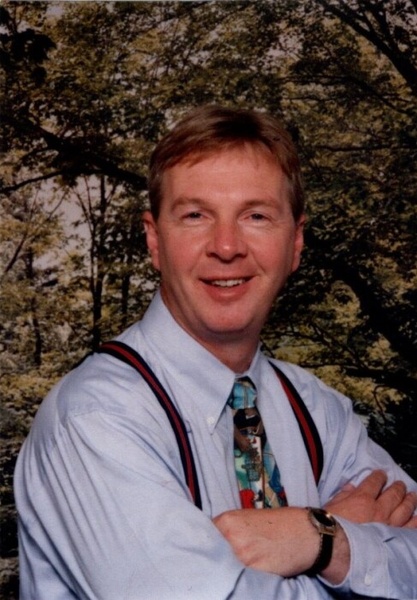 Lawrence Charles Barrett II died on January 6, 2022, after bravely fighting but ultimately succumbing to complications from the COVID-19 virus. He was 71 years old.

Larry was born on December 28, 1950 in Sheridan and lived most of his life in Casper, but he was well traveled. He also lived for significant periods of time in San Jose, California, San Antonio, Texas and Las Vegas, Nevada.

He graduated from Rock Springs High School in 1969 and shortly thereafter was drafted into the U.S. Army. He was first stationed at Fort Sam Houston in San Antonio before moving on to Fort Hood in Killeen, Texas. During his time in the army, Larry served as a certified medic and company clerk. Despite being an outspoken advocate for peace, he served his country faithfully and with distinction.

While raising children and working full-time, he also managed to attain an associate of applied science degree from Casper College with a concentration in data processing.

During his colorful and never-boring life, Larry held a variety of occupations including positions as an insurance agent, a dispatcher for the energy and transportation industries, a delivery and sales representative for a local dairy, and as the owner and operator of Witchcraft, a Casper crafts and hobby store. Later in his career, he worked as a regional manager for large retail outlets throughout the country and, in his most recent position, worked as a quality assurance representative for a medical billing services firm.

Larry enjoyed spending time with his children, grandchildren and friends doing just about anything. He loved barbecues, outings to parks, watching sports of all types – especially games played by his children and grandchildren –  as well as visiting outdoor attractions, playing games, gambling and traveling across most of the United States and Canada. He loved movies, particularly mobster films and historical biographies, music from all eras and researching a wide array of topics and events that piqued his interest.

He was never shy about speaking his mind and welcomed the viewpoints and opinions of others so long as they more or less matched his own. Larry had an incredible sense of humor and he needed it because, at times, he endured unimaginable heartbreak and disappointment, yet he still managed to generally roll with the punches of life as best as he could right up to his very last breath. He was one of a kind. He will be deeply missed by us all.

He is survived by his longtime friend and partner Faye Larsen, Kathryn Mestas, his ex-wife and the mother of their five children, son Larry and his wife Kristina, son Jon and his wife Autumn, son Samuel and his wife Rebecca, and his sisters, Greta Kathleen and Cheryll Ganz. He is also survived by 11 grandchildren; Georgia, Jake, Andrew, Ian, Elijah, Nova, Kaldron, Matthew, Zachary, Christopher and Alexander as well as three great-grandchildren; Benjamin, Amelia and Vivian.

He was preceded in death by his parents, Lawrence and Marjorie Barrett, his beloved sister Jessica Ann, his beloved daughter Amanda Renee, his beloved son Mathew Adam, his beloved great-granddaughter Oaklee Jo and his longtime friend Sandra S. Sublett.

To order memorial trees or send flowers to the family in memory of Lawrence Barrett, please visit our flower store.