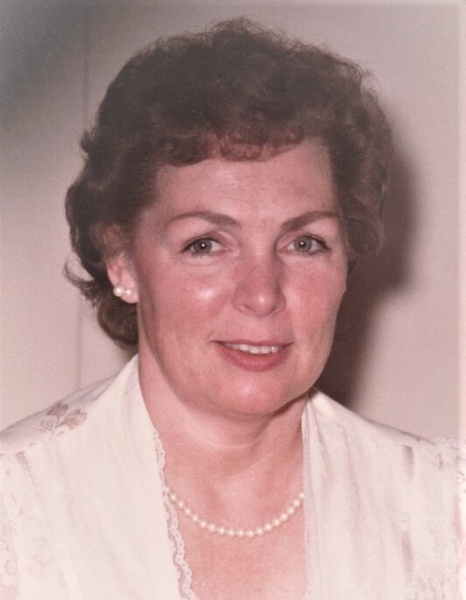 Lila Jane (Schneider) Simon, 89, passed away on Sept. 10, 2020 at Primrose Retirement Community in Casper due to complications from Alzheimer’s. Born March 27th, 1931 in Bismarck, ND to Anton and Hedwiga Schneider, Lila was the oldest of 4 children, she had 3 brothers; Eugene (Duke), Paul, and Michael. She attended St. Mary’s school in Bismarck, graduating in 1949. Afterward she worked as a secretary at Provident Life in Bismarck.

On February 3rd 1951 she married Gordon Simon, of Mandan, ND. They were married 62 years and raised 4 children. They resided in Bismarck until 1963 when Gordon was transferred to Casper with Standard Oil. After her children were older, Lila worked for the Natrona County schools system, eventually becoming the administrative assistant at the Casper Planetarium before retiring in 1993. After retirement, Lila and Gordon lived in Casper until 2007 when they moved to Fort Collins. In 2014, after Gordon passed, she moved back to Casper to be near her friends and her church; both were meaningful in her life. She enjoyed music, doing things with her friends, and she loved everything Christmas.

A Funeral Mass will be held at St. Patrick’s Catholic Church on Friday Sept. 18th at 10:30 AM, and a rosary and remembrance on Thursday Sept. 17th at 7:00 PM at Bustard & Jacoby Funeral and Cremation. Lila’s remains will be buried next spring at St. Mary’s cemetery in Bismarck.

A special thank you to friends who were by her side during her last days; Marianne Byrd, Julie Anne Milberger, Elaine Trotter. Donations may be made to; Fisher Center for Alzheimer’s Research Foundation, 110 East 42nd St. New York, NY 10017, St. Patrick’s Church Casper, Central Wyoming Hospice and Transitions.

To order memorial trees or send flowers to the family in memory of Lila Simon, please visit our flower store.