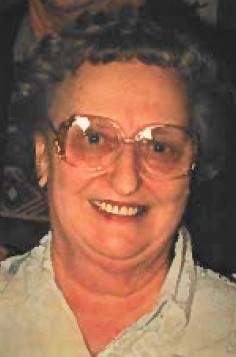 Lillian was born in Rice Lake, Wisconsin on December 13, 1925. She graduated from high school and was confirmed at St. Paul’s Evangelical Lutheran Church. She moved to Casper, Wyoming in 1952 and worked at Riley’s Café. She married Ellis C. Jones on October 10, 1952.

She belonged to the American Legion, VFW, and the Fraternal Order of the Eagles. She also worked at the American Legion as a cook and bartender, besides being vice-president of their auxiliary. She enjoyed puzzles, football (especially the Green Bay Packers), golf and baseball. She also enjoyed hunting and fishing with her family and friends throughout Wyoming.

Funeral services will be at Trinity Lutheran Church on Thursday, October 7, at 1:00 p.m. Burial will be at Oregon Trail State Veterans Cemetery with her husband, Ellis.

To order memorial trees or send flowers to the family in memory of Lillian Jones, please visit our flower store.