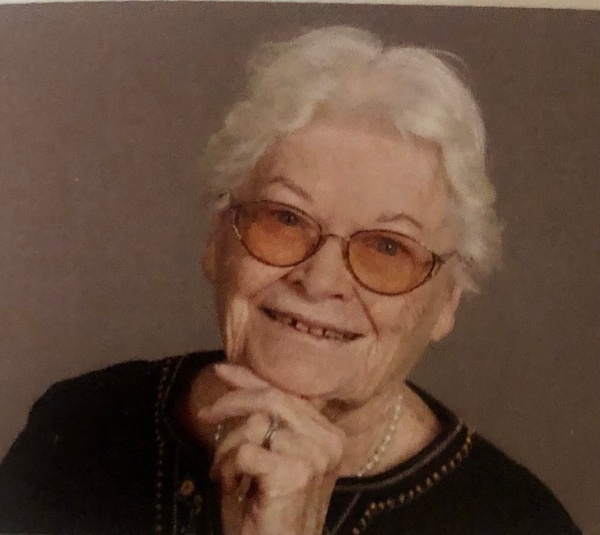 Lily came into this world on July 24, 1925, in Hainesville, Louisiana, the first-born daughter of Luther Adair and Lily (Birchfield) Adair. Lily grew up in Arkansas and following graduation from high school, she went on to attend Tulane, and in 1947 she received her nursing degree with high honors. Being an adventurous soul, after graduation, Lily and several of her friends, traveled to Casper to start their nursing careers at Memorial Hospital.  Lily met the love of her life, William T. Evans, who was a patient at the hospital.

On August 12, 1948, they were married in Casper at St. Mark’s Episcopal Church.  They were happily married for nearly 65 years until Bill’s passing in 2013.  From this union four children were born, William, Rebecca, Kim, and Laurie.

She was proceeded in death by her husband Bill, her son William T. Evans II, her brother Buddy, her parents, and an infant granddaughter, Elizabeth A. Reese.  Memorials may be made to Central Wyoming Hospice or the charity of the donor’s choice.  A private service will be held in the Spring.

To order memorial trees or send flowers to the family in memory of Lily Evans, please visit our flower store.