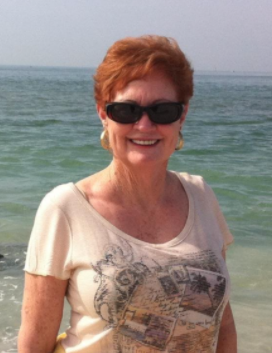 Marcia was born two months premature, on December 08, 1943 in Newcastle, Wyoming.  Her first few days were spent in a shoe box, wrapped in a warm blanket on a radiator.  After much prayer, she thrived.  Later in her childhood, she contracted polio and tuberculosis.  And again, she healed and thrived.  Growing up the child of a cowboy and a one room school teacher, she grew up running through the sagebrush, raising her pet antelope, and playing school.  At the age of 12, Marcia met a skinny boy who loved to fish.  His name was Norm.  She, at first, wasn’t interested, but Norm persisted, and she became his girlfriend and then wife on August 29, 1964 in Newcastle, Wyoming.  They celebrated 50 years of marriage before Norm’s passing in 2015.

Marcia received her Bachelor’s degree in Elementary Education after attending Warner Pacific College, Black Hills State University, and Denver University.  Marcia taught in Cheyenne, Wyoming for several years and then in 1969, Marcia and Norm moved their little family to Casper in response to a compelling invitation that painted a bright future for a small, struggling church.  Through hard work and sacrificial giving, this little group of believers would become Highland Park Community Church.  She finished out her 32 years of teaching in Casper at Southridge Elementary, Evansville Elementary, and finally Sagewood Elementary.

Marcia’s true passion was in missions.  She served on the missions board at HPCC, and traveled to many countries to serve others through missions trips.  Some of her travels included the Philippines, Africa, China, and India.

Marcia loved traveling the world with her husband Norm.  They enjoyed going on cruises, traveling to different countries, and spending time traveling the east coast, during the Fall, watching the leaves turn.

She was preceded in death by her loving husband, Norman and her parents Joshua Jay and Freda Bliss and older brother, David.  She is survived by her children, Heather (Brian) Feraud and Marc, nine grandchildren, and eight great grandchildren (two more on the way).

In memory of Marcia, donations may be made to Highland Park Community Church Foundation, which provides scholarships and the ongoing improvement of the church campus.

To order memorial trees or send flowers to the family in memory of Marcia Carrell, please visit our flower store.