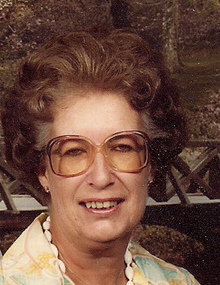 Margery Anne Shultz was born September 13, 1928 in Cheyenne, Wyoming to Abner Jackson Mahoney and Lydia Esther Mahoney.  She was the only child.

Met the love of her life, Ray Eugene Shultz, around 1941 – 1942 at her grandmother’s boarding house in Cheyenne, Wyoming.  After her first date, she called him a wolf.  Marge worked at the Union Pacific Railroad Supply Department, what they called 4218, taking care of orders in the summer of 1945.    She also worked at the Dixie Shop Woman’s apparel store.   Also, the Owl’s Inn restaurant as a waitress, and then at a Title Company.  All located in Cheyenne.  She married Ray Eugene Shultz on July 29, 1944 at Greeley, Colorado.  She than became a housewife raising four children.  In March of 1959, the family moved to Bremerton, Washington.  Ray, (dad) worked at the Naval Shipyards.  Moved back to Alcova, Wyoming and retiring to Casper, Wyoming in 1983.  Marge’s hobbies were her love of food recipes and spending time with the kids, and grandkids and most of all watching her favorite soap opera’s.

At the wishes of Margery, their will be no service.

To order memorial trees or send flowers to the family in memory of Margery Shultz, please visit our flower store.