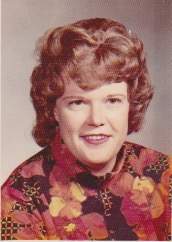 Maragret (Margot) Fern Smith (Mundell), 83 of Casper passed away on June 30, 2021, after a life full of joy and purpose.  Margot was born on December 28, 1937, in Evanston, Illinois to Frances and Bryan Mundell.

Margot attended school in Hubbard Woods and Aurora, Illinois.  She then attended prep school in Laramie, Wyoming where she was lead chair in the orchestra violin section.  She enjoyed singing in the choir.  She was an avid reader and loved to write, especially poetry.  She then moved to Billings, MT. where she lived with her Aunt Alveretta and Uncle Harley.  Margot attended Eastern College of Education in Billings, Montana where she earned her teaching degree. Margot held many jobs while attending school.  She often shared stories of working at a dude ranch by Absarokee, Montana.  It was there she met a tall good-looking cowboy named Clarence James Smith, known as Smitty.  The two were married in 1957.  They had one child, Russell James Smith (Rusty), in Columbus, Montana.  Rusty was the love of Margot’s life.  In 1969 they moved to Casper, WY.

Margot was always active in many organizations.  Her younger years she was active in the Brownies, Girl Scouts, English saddle riding, and being a Rainbow Girl.  During Margot’s adult life she was involved is many educational organizations. (MEA, NEA, WEA, PTO, PTA, ADK and AAUW)  It was in these organizations that she made many life-long friends.   She was a member of the First United Methodist Church in Casper.  Margot taught elementary school for 42 years and tutored for another three years.  She was known as a very tough teacher demanding that her students be the best they could be.  She was loved by many of her students and was later nominated for awards by them.

Margot’s favorite roles in life, was being a mother to Rusty and a grandmother to Brady and Corey.  She was a life-long learner and later in life took Russian language classes and received a masters’ degree in technology. She was an avid reader and liked doing crafts and knitting.  She enjoyed the outdoors and took many camping trips where she would go artifact hunting.  Margot was a die-hard Denver Broncos fan.  Family, friends, and her faith were her dearest treasures.

Margot is survived in death by her daughter-in-law, Kathy Smith (Farmer) of Glasgow, Montana, her grandsons Brady Smith of Golden, Colorado and Corey Smith of Belgrade, Montana, sister Sandra Lutz (Dale) of Bourbonnais, Illinois, nieces Mary Johnson of Bourbonnaise, Illinois and Kathy Krizenecky of Lombard, Illinois.  She was preceded in death by her parents and her son Russell J. Smith, DVM and many beloved pets.

If you would like to share a memory of Margot with the family please see the tribute wall section on this page.

To order memorial trees or send flowers to the family in memory of Margot Smith, please visit our flower store.