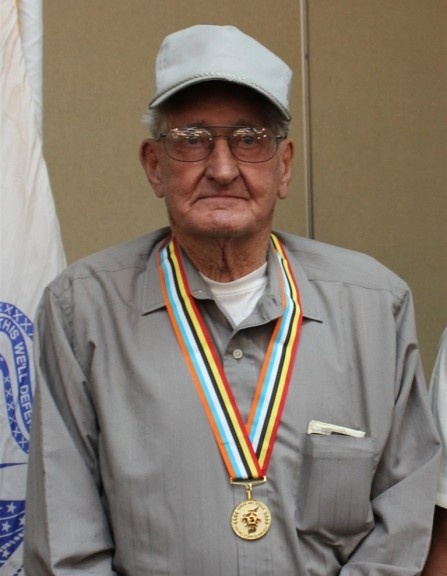 Marion Richard “BUD” Corson, 89, passed away peacefully on August 15, 2021 at the Memorial Hospital of Converse County in Douglas, WY.

Bud was born in Mobridge, South Dakota on December 24, 1931 and moved to Glendo, Wyoming in 1977 where he would live out the rest of his days.  Bud proudly served in the United States Army from October 16, 1952 until June 28, 1954.  He earned a Purple Heart for his service to his country during the Korean War. After honorably separating from active duty he continued his service to his country in the Reserves until 1960.  On September 17, 1955, he married the love of his life Frankie.  In 1968 Bud opened his own business, Bud’s Auto and Truck Service, in Evansville, Wyoming. He retired in 1978 and did handyman work for Howards General Store for several years where he became a friend to many in the small community.

Over the years Bud had many customers and friends.  However, it was his special bond with his cat and dog that would make up his greatest friendships.  Bud was always the first to lend a helping hand and would happily teach anyone, who wanted to learn, how to fix issues whether it was plumbing, building, electrical or a small engine repair.  Bud was a member of the American Legion and Lions Club.  He also served a term as town council member and Building Inspector in Evansville, WY.  He enjoyed boating & fishing with his family. He loved his loading room and hunting.  However, Tinkering in his garage was one of Bud’s favorite things to do.

He is proceeded in death by his wife, Frankie, his parents and four brothers

He will be deeply missed by his family, friends and all who knew him.

To order memorial trees or send flowers to the family in memory of Marion "Bud" Corson, please visit our flower store.