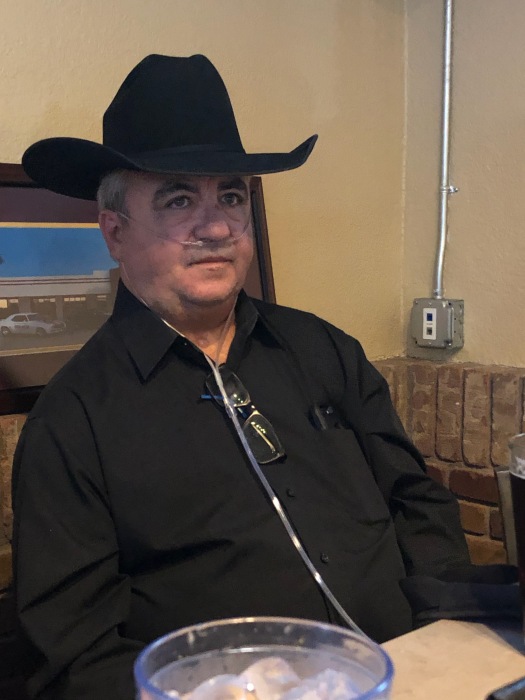 On Monday, February 8th, 2021, Mark James Moore entered the kingdom of heaven at the age of 57.  He was an adoring father of two children Ryan and Mackenna, grandfather to Gabe, loving son to Linda Swanson and Jim Moore, and brother to Jamie Flitner, Lisa Ward and Tommy Moore.  He was a friend to all.

Mark was born June 17, 1963 in Nuremberg, Germany where Jim was serving in the United States Army. Mark attended elementary school in Linch; middle school in Buffalo; and high school in Midwest, Wyoming where he participated in football, basketball, wrestling, and rodeo. He was a member of state championship teams in football and wrestling. After graduating from high school, he rodeoed at Casper College for Dale Stiles studying history and archeology.

Mark grew up on the Dry Fork of Powder River on his family’s ranch, where he learned the ins and outs of cowboying, colt breaking and ranching.  He rode and trained racehorses in New Mexico and later lived and trained horses in Montana. Precious memories of Mark run far and wide from his passion for his Moore family history and ranching, to archaeology.  He had a knack and keen eye for spotting arrowheads on his family’s ranch.

Mark was charismatic, handsome, smart as whip and a hell of a ranch hand.  He had a remarkable gift with animals, especially horses.  He was a friend to everyone.  To know him was to love him.  He was even described as a “miracle man” after he persevered following a life changing car accident.   Living his new normal following that accident, Mark never missed a beat—climbing into the bleachers at Cheyenne Frontier Days or dancing at his nephew’s wedding, he continued to live life.  He had even started a successful UBER business prior to the pandemic outbreak.

His faith and love in our Lord Jesus Christ were an inspiration to many.  His light continued to shine despite the many obstacles he faced. The biblical meaning for the name Mark is polite and shining.  He was the epitome of both.

Mark is preceded in death by his grandparents Bob and Marge Moore; L.V. “Neal” Stafford, and Jerry Holt.  A celebration of life will be held this summer after his daughter finishes Navy Medic training.

To order memorial trees or send flowers to the family in memory of Mark Moore, please visit our flower store.