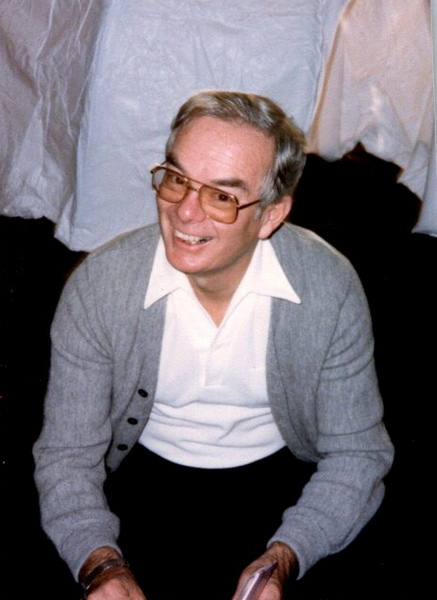 Martin L. Sullivan was born January 25, 1930 in Cheyenne, Wyoming and returned to heaven 91 years later on March 9, 2021 in Casper, Wyoming. He moved to Casper as a young child and made it his home for most of the next 85 years.

The luck of the Irish was with him when he met and married the love of his life Joyce Sherry on September 29, 1956. Three daughters and 50 years of loving, living, and adventure, blessed their lives together. Family was the most important thing in his life, and he treasured every moment with them. He always welcomed extended family and dogs who he thought were just humans with four legs. In your second life, you should all want to come back as a Sullivan Dog!!

Life was one big adventure for our wild Irishman. Give him something with a throttle (and maybe a brake) and off he would go. Fast cars, boats and snowmobiles were his passion. He was always ready to take another 1/8 of an inch off to make it go faster. Speeding down a back road, chine walking across a lake or winning a snowmobile race ignited his soul. Traveling in his motorhomes, boats or flying to new destinations with his family was his way of life. For 50 years Joyce was always by his side in what every adventure they could come up with.

After Joyce's passing, he met his second love, Jane Freel. For 13 years they continued his adventures. Wintering in Arizona, they enjoyed golf, hiking, and running the razor through the desert with their two dogs along for the ride. Card games with Jane, Bertha, and Don Knobel, became a weekly get together which he enjoyed.

Martin was an avid reader throughout his life. Reading books, tech manuals or magazines he always wanted to learn more. He loved to read about history, especially Wyoming and military, and world events. He loved dancing using the whole floor, singing questionably worded ballads and downhill skiing. He was a graduate of Natrona County High School.

Serving his family, country and community was his calling. He served in the US Army, Sixth Army, during the Korean War as a mechanic and infantryman being awarded several individual and unit awards. On his return to Casper after his discharge he began his service as a Casper Fire fighter for 20 plus years retiring as a Captain. It was here he met his lifelong friends, the dinosaur club. He enjoyed getting together every Tuesday for lunch with them and many trips and adventures together.

He was a master boat and snowmobile mechanic first at Bundy's Marine then for his family at Casper Outboard Motor Service. The request, "Make it go faster Daddy" was heard over many a lake and mountain top.

Martin, or Monk as many called him, will long be remembered for his sayings and songs. Many of which would get the sharp reprimand from Joyce of "MARTIN L." He forever had a smile and mischievous glint in his eye. He truly was a man of distinction.

He was the best husband, father, grandfather and friend. Loving and living to the maximum. Our lives were rich because of him.

Proceeded in death by his wife of 50 years, Joyce; his parents; and sister, Joan Bennet.

Donations in lieu of flowers to the Casper Humane Society, the Casper Firefighters Pipes and Drums, or Natrona County Library, would be appreciated by the family. Anyone wishing to bring donations of books, to the reception are welcome.

To order memorial trees or send flowers to the family in memory of Martin Sullivan, please visit our flower store.