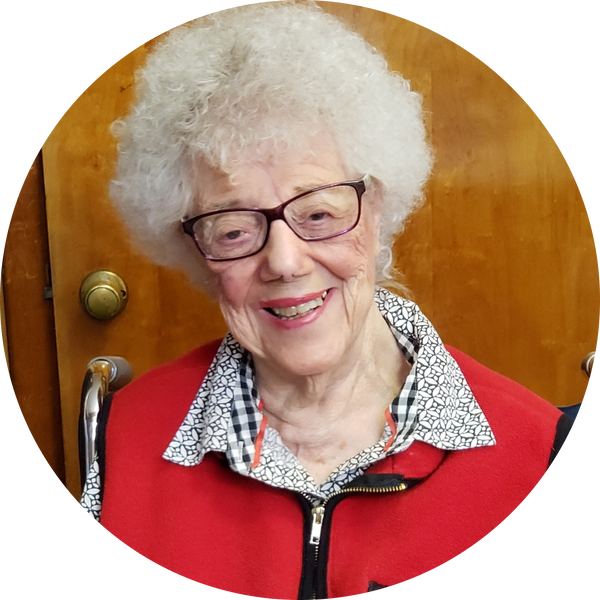 Angelos and Pearl Delores Cazier, passed away peacefully on June 23, 2022 with her entire

family by her side. Mary was born an identical twin but unfortunately her twin sister passed

away at the age of six months. Mary attended Park School in her childhood and graduated

from Natrona County High School in 1944. Her older brother James Angelos (whom she

Irish Twins and Jimmy eventually passed away in 1992.

In 1945, Mary began working as a telephone operator for Mountain Bell Telephone Company.

life. James A. Bodenhamer, in service with the US Marines, had fallen in love at first sight with

Mary. James would later separate from his girlfriend at the time, leave the marines, mail a ring

to Mary’s parents house, and show up as a surprise less than two weeks later to propose. The

two were married on September 15, 1949 and stayed married for over 50 years until James’s

passing in October of 2004. Mary would always tell everyone that James “was better than the

best and better than the rest”. Mary’s love for James remained constant for the last 18 years of

again. Mary is survived by all 3 of her children (Catherine Mary, George, and Nancy DeeAnn),

Mary in her final years. We will be grateful for all the friends and family that made it a point to

visit. We are especially thankful to the family and friends that lived with and cared for Mary in

her darkest times. Mary was cared for by numerous people for multiple years and treated as if

she were a member of their own families. A special thank you to the team who were present in

her last final moments as well as Bustard’s Funeral Home for all of their help.

To view the livestream of Mary's service please click on the following link --> https://client.tribucast.com/tcid/553385601

A visitation for family and friends will be held Tuesday, June 28, 2022 from 11:30am until the start of the service beginning at 1:30pm at The Church of Jesus Christ of Latter-Day Saints, 1922 S Poplar St, Casper, WY 82604 with interment to follow at Highland Cemetery in Casper.

To order memorial trees or send flowers to the family in memory of Mary Bodenhamer, please visit our flower store.