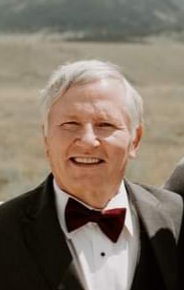 Mike was born in Sheridan, WY to John "Jack" and Helen Miller on April 23, 1950. He attended Kelly Walsh High School in Casper, graduating in 1968. In 1972 he earned a bachelor's degree in secondary education from Black Hills State College. During that time, Mike achieved greatness on the wrestling mat by becoming an NAIA All American and national finalist.

Mike was an avid outdoorsman, a member of the Rocky Mountain Elk Foundation and dedicated sports fan to his New York Yankees, Denver Broncos and Wyoming Cowboys. Mike received many accolades for his work in choice-based physical education programs and presented his ideas across the country.

He was preceded in death by his brother, John Miller and parents, Jack and Helen Miller.

A memorial service will be held at Highland Park Community Church in Casper, WY on February 13, 2021 at 11am, with Pastor Greg Smith officiating. Masks will be required and social distancing practices will be followed. A live stream of the event will also be available.

The family wishes to extend gratitude to all of those that helped Mike in his final days of battling pancreatic cancer. As a teacher, coach, brother, father and grandfather, Mike touched many lives and will be sorely missed. Godspeed Mike.

To order memorial trees or send flowers to the family in memory of Michael Miller, please visit our flower store.