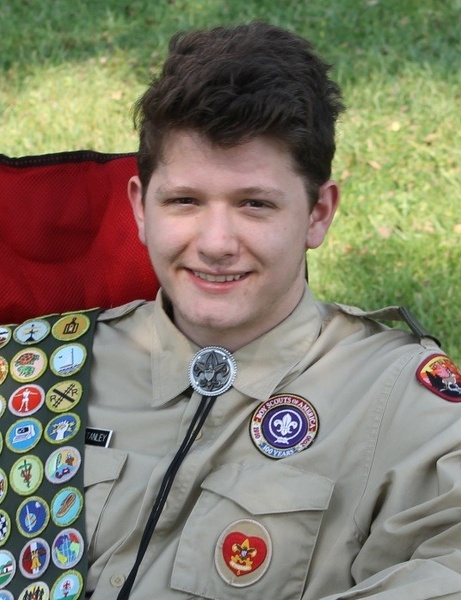 Michael Donald Stanley of Casper, WY passed away suddenly on March 24, 2021 at the age of 21 in Rapid City, SD.

Michael was born September 16, 1999 in Casper, WY to Ralph and Susan Stanley.

Michael graduated from Natrona County High School in 2018 and from Casper College in 2020 with Associate Degrees in Engineering and Mathematics.  He was attending South Dakota School of Mines and Technology pursuing a degree in Mechanical Engineering at the time of his passing.

Michael was an Eagle Scout and was very active in his church, Our Saviour’s Lutheran, acting as Assisting Minister, singing in the choir, playing in the hand bell choir, and helping with the monthly food distribution.

Michael had an active mind and a quick wit and could teach himself almost anything by watching a YouTube video.  He taught himself lock picking, clock repair, how to play the mandolin, and how to solve a Rubik’s Cube in under 25 seconds.  He loved animals of all kinds, music, metal working, and The Golden Girls.

Michael was preceded in death by his maternal grandparents, Don and Julie Gray, and his paternal grandfather, Carl Stanley.  He is survived by his parents, brother Gabriel, paternal grandmother, Virginia Stanley and numerous aunts, uncles, and cousins, all of whom love him dearly.

Viewing will be at Bustard’s Funeral Home April 9th from 5:00 to 7:00.  Services will be held at Our Saviour’s Lutheran Church April 12th at 10:30 with a graveside service at Highland Park Cemetery to follow.

And if they ever lose the key to the Pearly Gates they don’t need to worry.  Michael can probably pick the lock.

To order memorial trees or send flowers to the family in memory of Michael Stanley, please visit our flower store.