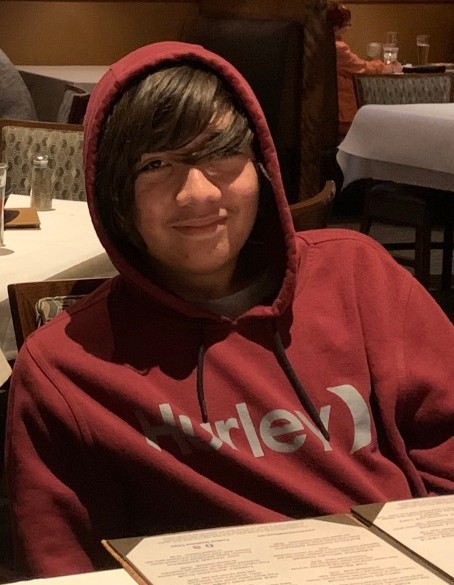 Nathaniel Christopher Hunter, 14, of Casper, Wyoming went to be with the lord on August 14, 2020. A celebration of life is planned to take place at Bustards Funeral Home on Friday August 21, 2020 at 2 O’clock in the afternoon.

Nathaniel was born on April 2, 2006 in Tacoma, Washington to Christopher James Hunter and Theresa Ann Hale(Hunter). He attended Dean Morgan Jr high, where he was an honor roll student, and planned to attend Natrona County High school this year.

He will be remembered for his humor, loving nature, and big heart. He loved to Play video games, have a good time with family, friends and Buddy his beloved Cat. He was musically inclined and enjoyed learning about computer technology. He was looking forward to working, learning to drive, and later joining the Air Force.

His favorite childhood memories included traveling to New Mexico to meet family for the first time and going to the fairs. One of his favorite childhood things was family movie night. He had a great love for music and enjoyed listening and playing various types. The best lesson Nathan learned from his parents was to be a caring and giving person. He will be remembered as a shy, gentle soul, that was very calming to others especially in stressful situations.

Those who proceeded him in death are his Paternal grandparents James Raymond Hunter and Socorro F. Hunter.

To order memorial trees or send flowers to the family in memory of Nathaniel Hunter, please visit our flower store.