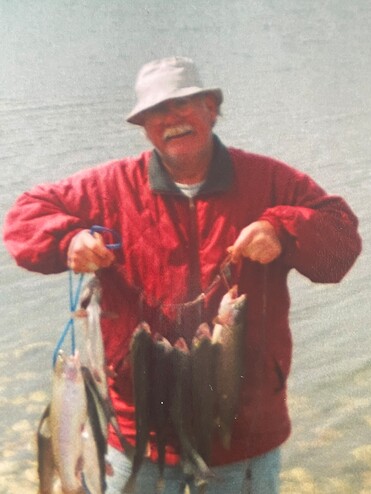 He was the 3rd child of 6 brothers and sisters. He was close to his sister Barbara and brother Mike as well as his half-brother red and his wife Delma.

He spent his childhood years in Fort Scott Kansas. His father being a jack of all trades was able to provide for his family through many variations of work. His mother reared her children and cared for the home.

Oliver spent a great many years learning and experiencing life with his father and mother through daily family and home life. He became an avid enthusiast of the outdoors and had a keen sense of oceanic swimming.

He attended school at the local district and received a GED shortly before enlisting into the Airforce as a military police officer, working his way up to master sergeant over the security police officers.

He served two tours in Vietnam and selflessly gave himself in sacrifice for his fellow comrades on several occasions. Oliver was a decorated war veteran receiving more than 20 commendations in his extinguished military career of 22 years.

Oliver met Theresa Jaramillo in June of 1968. After an extended courtship they married and had two adventurous sons' Richard and Sean Deere.

Their marriage and their family took them on several adventures to Guam and Oliver to Seol Korea and Thailand. Though Oliver and Theresa later divorced they remained in friendship with one another.

Oliver retired from the military in 1993, soon after he took a position at the postal service and became a letter carrier of 25 years.

He spent a great deal of time in Lubbock Texas, surrounded by lifelong friends who were as family to him. He was distinguished member of the elks lodge and participated in various charity work within the community and surrounding areas. He enjoyed cooking for the lodge and found many satisfying moments within the comradery of the men that he worked alongside.

After he retired from the postal service, he said farewell to Texas and came to live in Casper Wyoming with his son Sean and wife Aimee. He spent a great deal of time with his grandchildren and greatgrandchildren.

He enjoyed fishing at miracle mile and Alcova and could be found at any location restfully in his chair awaiting the bite of a walleye or some trout on a windless day in great Wyoming.

Oliver received Jesus as his lord and savior and one might find him sitting alongside other fellow Christians in a bible study .

Oliver suffered a major stroke in January of 2017 and finally succumbed to the health struggles he developed over the course of 5 years.

His legacy of hard work, dedicated service and on many occasions, self-sacrifices will be remembered alongside of his witty sense of humor, "famous words" and gestures of goodwill will not be forgotten.

may you rest from your labors Oliver and enjoy the fellowship of the saints and those family members who have gone before you into the presence of our lord Jesus Christ.

To order memorial trees or send flowers to the family in memory of Oliver Deere, Jr., please visit our flower store.