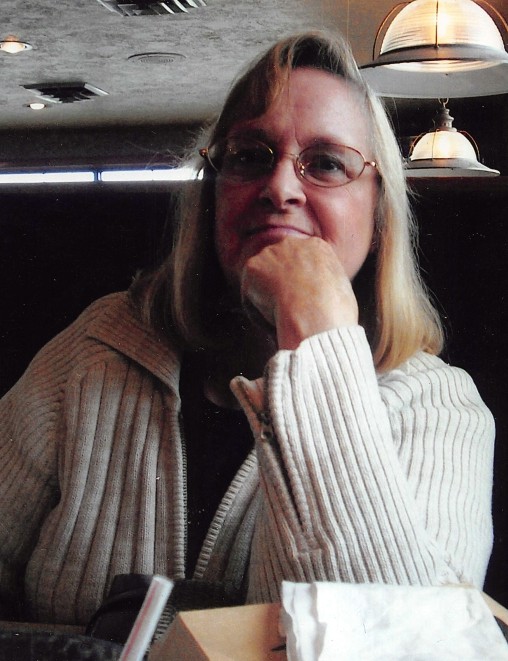 Patricia Hick of Casper, Wyoming passed away peacefully of FTD a rare form of Dementia at Hospice Care on July 23rd, 2020.   A memorial service is planned to take place at Bustard’s Funeral Home on Thursday, July 30th, at 10:00 O’Clock in the morning, followed by a brief service at Highland Cemetery. Viewing is from 9:00am to 10:00am.
Patricia was born December 19th, 1948 in Englewood, Colorado to Goldie & James Massengale. She had two older brothers, Robert and Byron, who teased her relentlessly, yet still protected her. On September 2nd, 1972, she married Terrence John Hick. They would have celebrated their 48th wedding anniversary this September.
Pat will be remembered (by her daughter mostly) for her natural ability to bake the most awesome chocolate cakes from scratch! She was not to be outdone in that area!
Pat was a devoted mother, grandmother, and most recently a great grandmother and loved to spend as much time as she could with her family, but especially her grandson, Christopher. As they say, you get to spoil your grandchildren more than you do your own children and that was definitely the case here. Christopher and his grandma spent almost every weekend together since he was about ten months old until just recently. They were quite the pair.
Patricia was very fond of her job in the marketing department at Hilltop National Bank and found it hard to retire, but knew she needed to because the progression of her dementia was making simple tasks harder and harder to accomplish. She worked for the bank for 15 years and enjoyed every minute of it. She would visit once a week, at least, after she retired, just to see all her friends.
Another of Pat’s passions and probably the one closest to her heart was her time spent volunteering for the American Cancer Society, specifically Relay for Life. She was team captain for the Hilltop Bank team and later she was the volunteer chairperson for the Relay. She spent countless hours every year and never minded a bit. She was driven by the loss of her mother from cancer when Pat was a young teenager.
Pat’s other hobbies were gardening, reading, and later in life she learned belly dancing. She wasn’t the most natural at it but she definitely was persistent and kept at it for many years because she truly enjoyed it and she enjoyed the friendships she made with the other dancers. And they loved her!
Patricia is survived by her husband, Terrence; her daughter Angela and husband Guy (whom she absolutely approved and adored) Goodman of Casper, her grandson, Christopher Hick of Casper, and the newest member, her great grandson Alexander of Casper, whom she was able to meet before she passed. That was a moment to remember when she was able to hold that tiny baby. She was a proud and happy great grandmother!
Those who preceded Patricia in death include her parents, her older sister Babe and a grandson, Cameron.
The family asks that memorial donations may be made to the American Cancer Society or more specifically, Relay for Life.
Services have been entrusted to Bustard & Jacoby Funeral Home , 600 CY Ave. Casper, WY 82601.

To order memorial trees or send flowers to the family in memory of Patricia Hick, please visit our flower store.