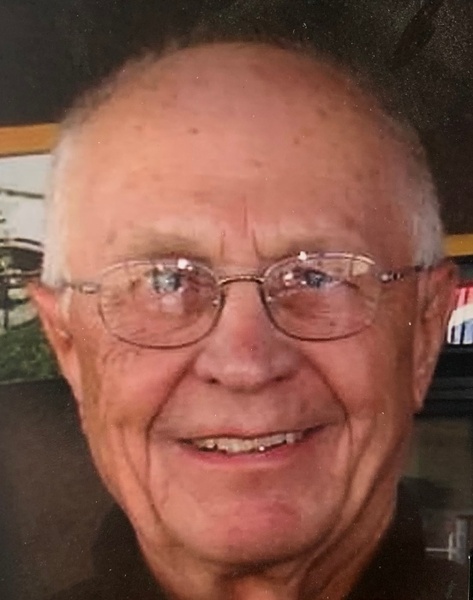 Pat was born August 5, 1932 in New Underwood, SD to Joe and Anna Freiberg.  He grew up on a ranch in western South Dakota and attended a country school near the Cheyenne River east of Rapid City about 100 miles. He then attended St. Martin’s Academy in Sturgis, SD for two years of high school and then attended South Dakota State Agriculture High School graduating in 1950. He went on to Black Hills Teachers College and earned a Bachelor of Science degree in Education.

He was drafted into the US Army in 1954 and served in the Alaskan Command after basic training. After discharge in July 1956 he began his career in education in Lusk, Wyoming.

In June 1957 he married Ferne Horton in Sturgis, SD.  They moved to Casper, WY where both of them had teaching positions.   He received his Masters’ Degree in Guidance and Counseling from Colorado State Teachers College in Greeley, CO and served as Guidance Counselor at NCHS. During the summers he kept busy in the construction world and was involved in building several homes in the Casper area. After 31 years in the Natrona County School District, he retired and became an insurance agent with New York Life Insurance. He spent many years enjoying the insurance industry.

He was a member of Our Lady of Fatima Church attending daily mass for many years…belonged to the Holy Name Society serving as president of Holy Name several years. He was very active in Golden K Kiwanis and served on money making projects and clean-up campaigns. He was on the board at St. Vincent de Paul and the Pathfinder Credit Union. He felt being a volunteer in these organizations was an important community responsibility. Pat enjoyed life to the fullest...played bridge, danced, enjoyed traveling...cruises…going with the family to Austria…..spending time at Alcova Lake at the cabin, picnicking there and pulling eager-to-learn young water skiers around the lake. Many summer hours were spent listening for the famous words ‘hit it’ as the skier rose out of the water another time! He was so proud of his kids and grandkids in all of their activities, never missing a game, a ceremony or an event.

A private family funeral will be held at Our Lady of Fatima Catholic Church on Tuesday, November 10 at 10:30 a.m.

Donations in Pat’s name may be made to St. Anthony’s Tri Parish Catholic School.

To order memorial trees or send flowers to the family in memory of Patrick Freiberg, please visit our flower store.