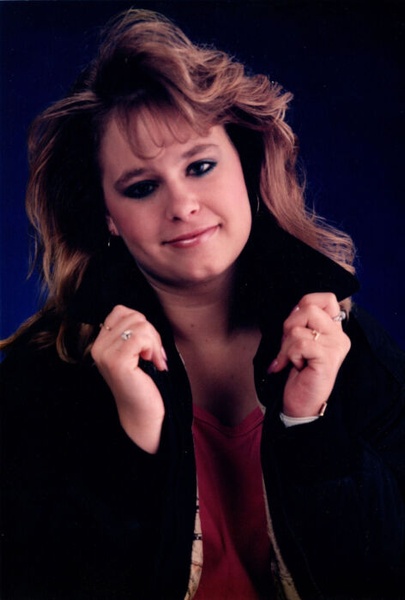 Rachel Rae (Franklin) Schulenberg passed away on January 19, 2021 at Wyoming Medical Center in Casper, Wyoming, following a stroke. Rachel was born in Powell, Wyoming on March 4, 1975, to Clifton and Connie (Mooren) Franklin. When Rachel was one month past 10 years old, her mother passed away. It was such a hard time for Rachel. Her parents had divorced, and her dad had remarried to Jan Gorsch, who became Rachel’s treasured second mom. Rachel began her schooling in Powell, but while she was still young, the family moved to Sheridan, Wyoming, where she finished her public schooling, graduating from Sheridan High School in 1993. She also attended North West Community College in Powell to study business administration.

Rachel gave birth to her daughter Cassandra Franklin on May 25, 1991. She was a wonderful single mom, who worked very hard to raise her daughter, who was her mini-me, and to give her a good life. For a while, Rachel’s main focus was her daughter, and graduating from high school. These were proud moments in her life. Cassie would also giver Rachel her beloved grandchildren, Lucas Iverson, born on July 3, 2011 and Zoey Iverson, born on July 31, 2015. Rachel loved being a grandmother and was honored to have these two precious babies.

Rachel married Chris Birky in August, 1999. Their marriage ended in divorce, but gave Rachel her two sons, Riley on October 11, 2000, and Tucker on October 25, 2007. She would always be thankful for her children.

Rachel married the love of her life, Ronald Schulenberg on June 12, 2010 in Powell, Wyoming. Their marriage was blessed with much love and great happiness. On June 27, 2019, Ron adopted Rachel’s son Tucker. It was the greatest moment of their lives together. Tucker had the daddy he needed, and Rachel knew that all their dreams of family had just come true. Rachel’s life was just what she had always dreamed it would be.

Rachel held several jobs over the years. She was an administrative assistant at the Powell Valley Health Care Center, in the hospice department. Following her time there, Rachel was an administrative assistant for the Glad Tidings Church in Powell. After her move to Casper, she worked for Jensen Eye Care, First Presbyterian Church, Taco Bell, and finally, Walmart West. Rachel was well liked at Walmart, and everywhere she worked, by coworkers and customers alike. Rachel worked in customer service at the self-checkout lanes. That made her very visible and her helpful ways endeared her to many customers.

If Rachel had a legacy, other than the precious family that she loved and cared for, it would be her caring spirit. She was a giver. She would do anything to help anyone. It was her passion. She loved making life easier for those around her and loved making people smile. Rachel never met a stranger.

Rachel was preceded in death by her mother, Connie (Mooren) Raymond; her stepmother, Jan (Gorsch) Franklin; her grandparents, Darwin and Naida (Buchan) Franklin and Merle and Waneta (Skipton) Mooren; as well as her in-laws, Walt and Joann Schulenberg.

To order memorial trees or send flowers to the family in memory of Rachel Schulenberg, please visit our flower store.